You are at:Home»Equity ETF Channel»Emerging Market ETFs Have Been Brushing Off the Latest Trade Fears 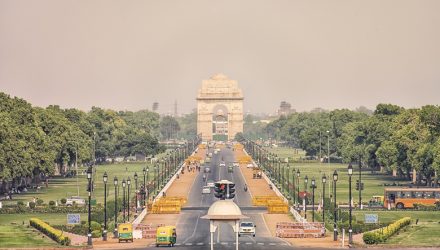 Emerging Market ETFs Have Been Brushing Off the Latest Trade Fears

Emerging market exchange traded funds have shrugged off the trade war concerns that continued to weigh on U.S. markets.

On Monday, the emerging markets continued to strengthen with IEMG up 0.7% and EEM 0.8% higher while the iShares MSCI Chile Capped ETF (NYSEArca: ECH) was among the more standout country-specific emerging market ETFs, advancing 2.7%.

Bolstering the developing markets, data showed China’s factory activity expanded at a steady but modest pace in May, which helped offset some of the risk-off effect from U.S. President Donald Trump’s ongoing trade war, according to Per Hammarlund, chief EM strategist, SEB.

The Caixin/Markit factory Purchasing Managers’ Index for May was 50.2, or slightly better than the expected outcome of a 50 reading. Additionally, the PMI reading for April was 50.2. PMI readings above 50 indicate an expansion while those below signal a contraction.

“The stronger rise in overall new business supported a renewed expansion in buying activity among Chinese manufacturing firms. Though only slight, it was the first time that purchasing activity had increased for five months,” Caixin said in a statement, CNBC reports.

Trump threatened tariffs against Mexico last week in response to the immigration issue between the two borders, exacerbating trade fears amidst the weakening trade ties with China.

The latest Chinese data revealed that the second largest economy was still in expansionary territory. That was “amid concerns of an escalating China-US trade war and forecasts of relatively subdued global demand,” Caixin added.