You are at:Home»Core Equity Channel»8 Gold ETFs Looking to Rebound in 2019 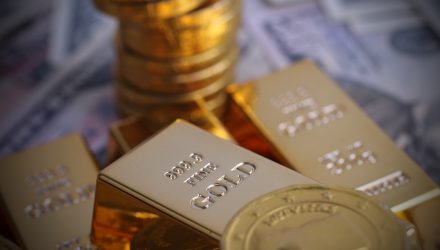 The drop in the precious metals comes even as headwinds facing the U.S. dollar loom. Last month, the Fed elected to keep rates unchanged last month, holding its policy rate in a range between 2.25 percent and 2.5 percent.

Global central banks have voracious buyers of gold, a theme that is expected to continue and one that could benefit gold ETFs.

“India’s central bank is likely to join counterparts in Russia and China scooping up gold this year, adding to its record holdings and lending support to worldwide bullion demand as top economies diversify their reserves,” reports Bloomberg.

“The Reserve Bank of India’s purchases are part of a wider picture across developing economies that are looking at de-dollarizing their foreign-exchange reserves, according to Ross Strachan at Capital Economics Ltd.,” according to Bloomberg. “The RBI’s buying trend can be sustained for a number of years in relatively small quantities, as part of a long-term diversification, he said.”

Other central banks are expected to continue snatching up gold.

“Further inflows — expected to run as high as 2018 as China, Russia, and Kazakhstan buy — should also be supportive of prices, according to Goldman Sachs Group Inc. Spot gold has lost about 5.6 percent since a peak in February as equities rallied,” according to Bloomberg.

The following table includes latest data on non-leveraged Gold ETFs listed on U.S. exchanges that are currently tracked by ETF Database. As of 04/25/2019: