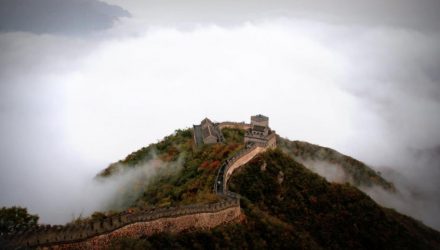 By Dr. Sonu Verghese via Iris.xyz

China just released its first quarter GDP growth number and once again, it refuses to be poked and prodded away from the 6.8 percent annual rate. The last three quarters have seen China grow at exactly this same pace, and over the past 12 quarters, the annual growth rate has been glued to the 6.7 – 7.0 percent range. This is quite remarkable for the world’s second largest economy, one that is still developing. India, another large developing economy, has seen its GDP growth vary a lot more over the same period, rising as high as 9.2 percent and hitting a low of 5.7 percent. 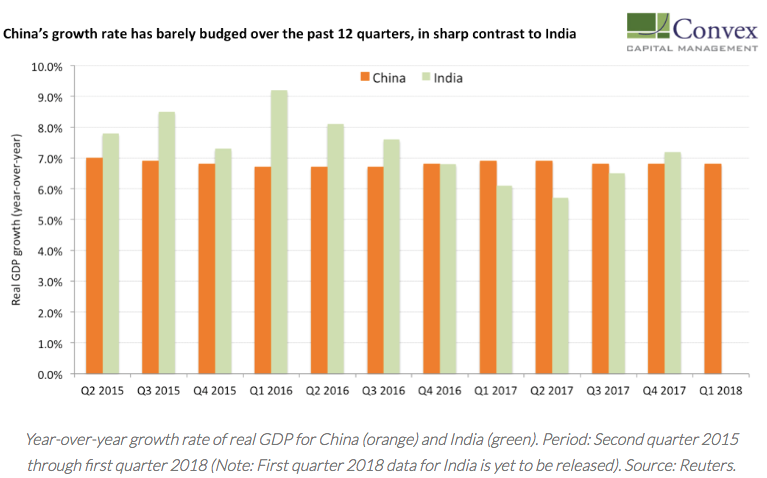 So what’s going on here? Let’s back up and consider how we typically understand GDP.

GDP, or Gross Domestic Product, is the total value of everything produced by all people and companies within a country’s boundaries. GDP growth is a useful because it tells us how living standards and productive capacity in a country are improving, or not. Real GDP growth, which is what we see above, adjusts the number for inflation, allowing for comparisons over time and across nations.

Typically, GDP does not differentiate between economic activity and the value added (or economic benefit added). Which is not a problem because in most economies these are related.