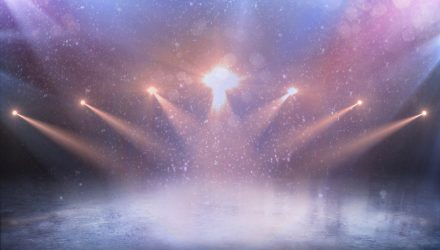 The world is increasingly focused on sustainability and greenhouse gas emission reductions, and the Beijing Olympics have placed sustainability front and center with the 2022 winter games. On the cutting edge of green technology is the carbon dioxide refrigeration system being utilized at four of the venues where the Olympic and Paralympic Games are being held, reflecting the sustainability focus that China has committed to, reports the International Olympic Committee.

Ice rinks have traditionally used hydrofluorocarbons (HFCs), a chemical known for its harmful qualities to the ozone layer and its status as a contributor to climate change at 4,000 times the rate of carbon dioxide. The new CO2 refrigerants will help drastically reduce the emissions output of the Olympics, bringing carbon emissions to near zero; an equivalent reduction would be to plant 1.2 million trees.

“The Olympic Games are first and foremost a sporting event, but with their global visibility, they also provide an important platform to showcase sustainable solutions,” said Marie Sallois, IOC Director for Sustainability.

The “Ice Ribbon,” the National Speed Skating Oval and the only new venue built for the Beijing Olympics, will not only use the carbon dioxide technology that runs from purified CO2 captured from industrial waste gases, but it will also capture the waste heat that the refrigeration process generates. It recycles the heat created for ambient heating in the stadium, hot water for showers, to make and melt ice, and to control the indoor temperature and humidity year round.

The National Speed Skating Oval, the Capital Indoor Stadium, the Capital Short Track Speed Skating Training Hall, and the Wukesong Ice Hockey Training Hall will all utilize the new technology. The carbon dioxide cooling is 1.2 times more efficient than HFC refrigeration and can keep the temperature across the ice at a consistent 0.5 degrees Celsius, creating an ice surface that is easier to skate on.

Investing in China’s Commitment to Sustainability With KESG

The KraneShares MSCI China ESG Leaders ETF (KESG) invests in the leading ESG companies within China, and because of its sector diversification, it has been able to mitigate much of the regulatory risk within China this year.

The fund seeks to track the MSCI China ESG Leaders 10/40 Index, an index that is free float-adjusted and market cap-weighted and includes companies with high ESG ratings compared to their peers within their industries. The index includes all types of publicly issued shares from Chinese issuers from all market caps and screens out any issuers that have any controversies according to the UN Declaration of Human Rights, the International Labor Organization Declaration on Fundamental Principles and Rights at Work, and the UN Global Compact. The index also screens out any companies that are involved in alcohol, tobacco, civilian firearms, gambling, nuclear power, and conventional and controversial weapons.

The index is comprised of securities from the following sectors: consumer discretionary, industrials, financials, communication services, healthcare, real estate, utilities, consumer staples, information technology, materials, and energy. Securities included make up the top 50% market cap of their sector, and no single security can make up more than 10% of the underlying index, while no sector accounts for more than 40% of the index.

As of the end of December, sector allocations were consumer discretionary at 41.04%, financials at 16.19%, healthcare at 10.95%, and several smaller allocations.