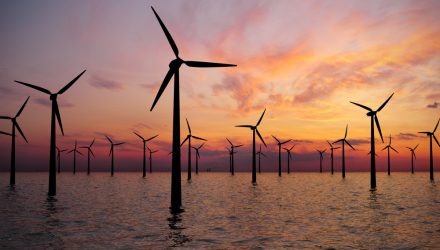 Offshore Wind in the U.K. Is 9 Times Cheaper Than Fossil Fuels

The latest and largest round of the U.K.’s renewables auction, Contracts for Difference, led to record energy commitments at record low prices. Eleven gigawatts of new renewable energy capacity were gained at the auction and they will create electricity that is nine times cheaper than current gas prices, reported Carbon Brief.

The UK has committed to aggressive energy goals, aiming to be 95% low-carbon energy sourced by 2030 and to have a net-zero energy grid by 2035. The U.K. plans to reach these goals through its CfD auctions that are held annually now whereby projects agree on a “strike price” for generating electricity that is index-linked to inflation.

Once projects are off the ground and running, the income they receive from generating energy is compared to a market reference price. If it’s lower, the project receives a subsidy, and if it’s higher the project pays back the difference. Because current energy prices are so elevated and are expected to remain so for years, the low-cost auction winners are anticipated to pay back money throughout the project life. 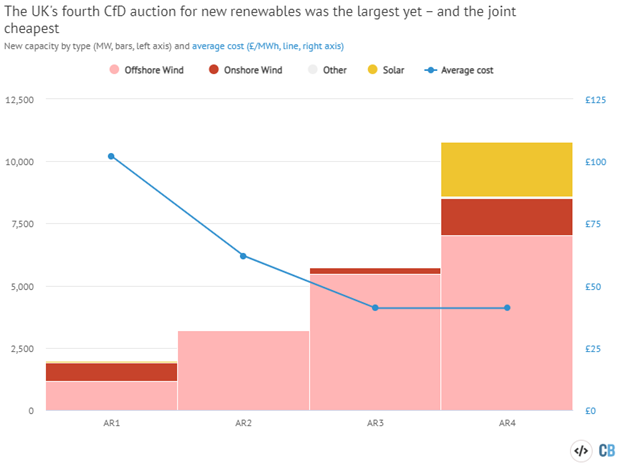 The auction is a reverse one in that the lowest bidders win and are subdivided into different technology types in a system that encourages emerging green technologies. This most recent auction was the first one to include established technologies such as onshore wind and solar and the total energy contracted will be enough to cover 14% of the U.K.’s current electricity demand which translates to more than half of all homes in the U.K. or the extra electricity that electric vehicles will require by 2030.

Investing in the U.K.’s Carbon Allowances With KRBN

The KraneShares Global Carbon ETF (NYSE: KRBN) offers the first-of-its-kind take on carbon credits trading and is in a position to capture the rise in carbon allowance prices globally as emissions limits become more stringent, including in the U.K.

KRBN carries an expense ratio of 0.78% and has over $1 billion in net assets.