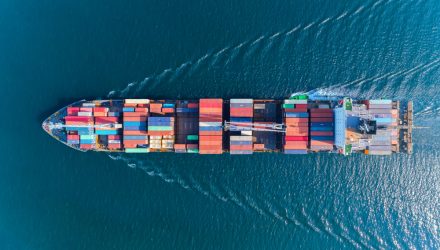 The European Commission is considering adding shipping into carbon markets in what would be a first after years of disagreement, reports Reuters.

It’s a hotly contested and complex issue, but the root cause of folding in the shipping industry is because roughly 3% of the world’s carbon emissions accounts for 90% of global transport by sea. Inclusion has thus far been tabled, but environmental activists are pushing back and saying that carbon reduction efforts are moving too slowly within the shipping industry.

The hope is by including shipping within the European Union Emissions Trading System, pressure will be put on companies to decarbonize more rapidly. Initial proposals saw a gradual phasing in of shipowners between 2023-2026, whereafter they would need to purchase their own permits to account for all emissions within the EU and half of emissions from international voyages that begin or end in the EU.

European parliament must discuss and negotiate the proposal, but they are wanting the phase-in to be more rapid, by 2025, and want to make the shipowner, operator, or commercial charterer accountable for the necessary carbon permits. Within the shipping industry, there is already disagreement over who would foot the bill and be responsible for carbon permit purchases.

The International Maritime Organization, the UN shipping agency, is feeling the pressure to step up its own regulations within carbon emissions; it currently has a goal to reduce all greenhouse gas emissions by 50% by 2050 for ships, falling short of targets set by other countries such as the U.S. with a zero emissions goal by 2050.

The IMO is also pushing back, saying that regulations should be global and that enacting them regionally will only put constraints on developing countries.

The consideration for inclusion comes at a time when current carbon emission permits are nearing 100 euros ($114.44 USD) in the EU, a threshold at which analysts believe investments will increase towards finding low-carbon solutions.

KEUA Invests in the Carbon Allowances Markets in the EU

The fund’s benchmark is the IHS Markit Carbon EUA Index, an index that tracks the most-traded EUA futures contracts, a market that is the oldest and most liquid for carbon allowances. The market currently offers coverage for roughly 40% of all emissions from the EU, including 27 member states as well as Norway, Iceland, and Liechtenstein. The annual cap reduction was recently increased from 2.2% to 4.2% to meet long-term carbon emission targets.