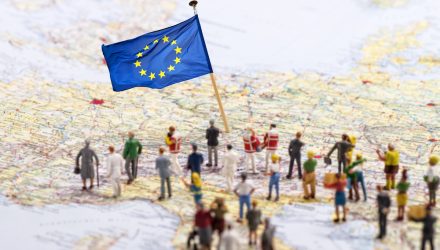 Russia ceased all natural gas flows to Europe last week via the Nord Stream 1 pipeline, keeping supply cut off indefinitely and citing Europe’s sanctions as the catalyst, reported CNBC. It’s a huge blow amid an already overwhelming energy crisis in much of Europe, and the reverberations are being felt in European carbon markets as well.

Luke Oliver, managing director, head of climate investments, and head of strategy at KraneShares, addressed the market movement in the Climate Market Now blog, breaking down the pain points and opportunities in carbon markets.

“As you may have seen, the global carbon allowance index is 6.5% lower today and 5% yesterday,” Oliver wrote on September 6. “These moves are from the pricing in of the worst-case scenarios in the market given the energy crisis in Europe. The concept of raising $20 billion in additional allowance sales, which we have discussed at length in previous posts, is the main driver as it picks up support.”

Speaking specifically to the EU carbon allowances market, Oliver explained that carbon prices dropped about 10% yesterday and continued a string of losses over the last week. EUAs at the time of the article were trading at 69.53 euros ($69.52 USD), falling from recent all-time highs on August 19 of 98.01 euros.

A large portion of the movement is being attributed to the likely fast-tracking of the RePowerEU package, specifically the proposal to sell 20 billion euros worth of EUAs by bringing between 200-250 million EUs from the Market Stability Reserve and auctioning them. The money made would go to the Recovery and Resilience Fund whose sole purpose is to bring about the energy transition in Europe faster and end Russian fossil fuel reliance.

The plan was initially met with resistance, but in light of Russia’s indefinite withholding of natural gas to Europe, that resistance is quickly falling away.

What does it mean for the carbon markets? The price action now reflects the increasing likelihood of the auction being baked into EUA prices.

“The EU is also planning to intervene in the power and gas markets – there has even been talk of suspending the power futures market, which could have a knock-on effect on carbon somehow. All this leads to a likely historic buying opportunity in the coming weeks,” explained Oliver.

“This is a volatile market; let’s keep the perspective. We have seen this before after the Russian invasion of Ukraine brought on a sharp decline earlier this year but then began rebounding back in March,” explained Oliver. “Looking beyond the current market moves, the long-term outlook remains bullish, supported by higher power sector emissions and the ETS tightening reforms kicking in. Moreover, carbon markets remain as one of the leading long-term tools for combating climate change.”

The U.K. allowance market is holding steadier for now, as it has traditionally been a structurally tighter market with less speculation than is happening in Europe, but Oliver anticipates that at some point there will be some spillover as analysts anticipate the U.K. needing interventions eventually as well.

“Volatility is high at the moment, though this creates a reset to build on once the dust settles,” Oliver wrote. “The pressure on these markets today will create a coiled spring for when normal market operations resume, leading to a historic opportunity to enter.”

KraneShares offers a suite of ETFs with a variety of targeted exposures to global cap-and-trade carbon allowance markets that invest in carbon credit futures. These funds include the KraneShares Global Carbon Strategy ETF (KRBN), which invests in carbon allowances futures globally from the EU, California markets, RGGI, and the U.K., as well as the more targeted KraneShares European Carbon Allowance Strategy ETF (KEUA).