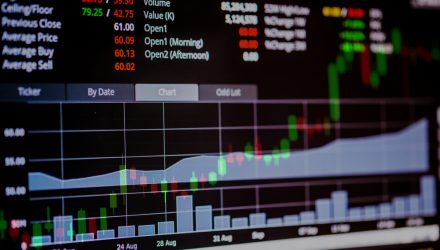 Carbon emission capture projects in the U.S. have a rocky history littered, literally, with abandoned machinery and technologies that became rapidly outdated or failed in their initial goals. Now, the U.S. is looking to give a boost to the industry through a $12.1 billion influx of funding via the infrastructure bill signed into law last year, reports the Wall Street Journal.

With increasing focus on emissions reductions, industries the world over are looking for viable solutions to reduce their carbon footprints, but with an over 80% failure rate of commercial carbon capture attempts globally, it’s a difficult undertaking. Most projects fail because of either the technology not working as intended or the project itself simply becoming too expensive, found researches at Canada’s Carleton University, the University of California, San Diego, and other academic institutions.

Since 2009, the U.S. has funneled $1.1 billion into carbon capture demonstration projects; of the eight coal projects that received funding during that time period, none are operational today. Heavy industries have, however, met with some success to capture carbon, but the fundamental issue remains that there is no economic use for the carbon once it’s captured.

It’s created a system, particularly in the U.S., that is cost-prohibitive for companies and does not afford any gains for profits. The tide is shifting with growing investor and activist pressure, and the boom from the infrastructure bill could be a welcome bump for companies embarking on their own carbon capture investments. Some of these include a coal power plant in North Dakota, a hydrogen plant in Louisiana, and carbon transport pipelines in Iowa.

Major fossil fuel companies have all included carbon capture as an integral part of their plans for emissions reduction and have lobbied Congress to raise tax credits so that the projects are easier to shoulder financially. The hope is that the influx of federal funding will help fuel the creation of the next generation of carbon capture technology needed to reduce emissions and curb global warming.

“To meet the goals of the Paris climate accords, there’s no way we can do it without direct-air capture,” Occidental chief executive Vicki Hollub said in an interview with WSJ.