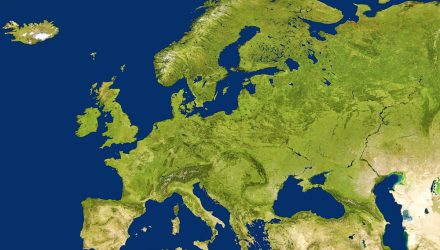 Energy markets in Europe are leveling out from the latest blow from Russia when the Nord Stream 1 pipeline was shut off entirely at the end of August. It was another major blow in an ongoing energy crisis that is the worst that Europe has experienced in half a century, and it has taken all energy-related stocks and futures for a volatile ride, including carbon markets.

The front-month prices for natural gas in Europe have climbed precipitously this year and have quintupled from prices at the beginning of 2021. Front-month natural gas was €60–€80 per megawatt hour at the beginning of 2021 and have now grown to more than €300/MWh as of the end of August 2022, explained Luke Oliver, managing director, head of climate investments, and head of strategy at KraneShares, on the Climate Market Now blog.

Carbon prices have also moved in correlation to the energy markets for much of 2022, rising to a high of €99.22 in mid-August before declining to €66.08 in the first half of September; current prices are hovering around €71.

“The sell-off reflected, to a certain extent, the market expectations related to the RePowerEU package, a set of initiatives to facilitate Europe’s move away from Russian fuels that would be funded in part by sales of €20 billion worth of surplus EUAs taken from the market stability reserve, as well as a darkening outlook for industrial output as inflation rises,” Oliver wrote.

The EUA recovery and stabilization is largely attributed to the actions that Europe is taking to combat energy shortages heading into the winter months and the bloc’s creation of relief measures for individuals and businesses to help alleviate pressures from soaring energy prices. Additionally, governments have committed to reducing gas demand by 15% between August 2022 and March 2023 within the EU.

EU countries had already laid out a framework after the impact of fuel shortages last winter, committing to having 80% of gas storage refilled by the beginning of November this year, a target that has already been surpassed.

“But the Commission isn’t satisfied with these measures, and on Sep. 14 its president Ursula von der Leyen outlined additional actions that will target price volatility in wholesale markets as well as the way in which Europe prices gas and power,” Oliver explained.

Von der Leyen believes that the gas benchmark of Europe, the Dutch Title Transfer Facility (TTF) market, doesn’t accurately reflect Europe’s transition away from Russian fossil fuel reliance, and because of this the Commission will create a “more representative benchmark,” though no further details are known at this time.

Derivatives are also in focus, specifically the collateral required to trade derivatives. Soaring energy prices mean equally high collateral, beginning to freeze out some financial participants and put an ever-growing burden on those that are using derivatives to hedge against future deliveries.

“Energy prices have started to come down in recent weeks as the sheer breadth of the bloc’s response to the crisis becomes more apparent,” wrote Oliver. “While the Commission embarks upon its market reforms, Parliamentarians are preparing to resume work on the RePowerEU package. MEPs are set to discuss the package and vote on amendments over two meetings at the end of September and early October.”

One of the amendments being considered is selling EUAs from reserves to help fund some of the energy mitigation initiatives. The amendment was met with initial resistance when it was first floated earlier in the year but has gained greater support after Russia’s cessation of fossil fuel supplies to Europe at the end of August.

Should the amendment pass, the EUAs would be pulled from the market by the Market Stability Reserve in the coming years, “maintaining the market supply balance over the course of the 2021-2030 trading period,” explained Oliver. “Traders will now be waiting for developments around the EU’s energy market reforms outlined this week, as well as the ongoing discussions over funding the switch away from Russian fuels.”

KraneShares offers a suite of ETFs with a variety of targeted exposures to global cap-and-trade carbon allowance markets that invest in carbon credit futures. These funds include the KraneShares Global Carbon Strategy ETF (KRBN), which invests in carbon allowances futures globally from the EU, California markets, RGGI, and the U.K., as well as the more targeted KraneShares European Carbon Allowance Strategy ETF (KEUA).