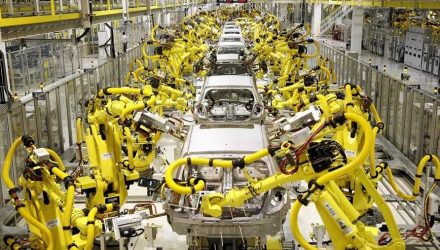 By Jeremie Capron via Iris.xyz

China is on a mission to change its reputation from a manufacturer of cheap, mass-produced goods to a world leader in high quality manufacturing. If that surprises you, you’re not the only one.

For decades, China has been synonymous with the word cheap. But times are changing, and much of that change is reliant on the adoption of robotics, automation, and artificial intelligence, or RAAI (pronounced “ray”). For investors, this shift is driving a major opportunity to capture growth and returns rooted in China’s rapidly increasing demand for RAAI technologies.

You may have heard of ‘Made in China 2025,’ the strategy announced in 2015 by the central government aimed at remaking its industrial sector into a global leader in high-technology products and advanced manufacturing techniques. Unlike some public relations announcements, this one is much more than just a marketing tagline. Heavily subsidized by the Chinese government, the program is focused on generating major investments in automated manufacturing processes, also referred to as Industry 4.0 technologies, in an effort to drive a massive transformation across every sector of manufacturing