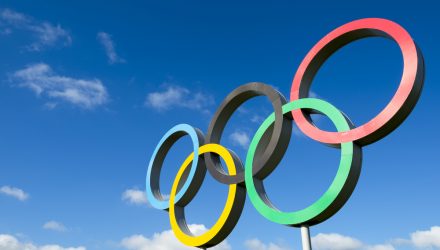 As Omicron continues to affect countries globally, the first Olympic athletes began arriving at the Olympic Villages in Beijing, Zhangjiakou, and Yanqing, reports the International Olympic Committee. The Olympics are set to begin February 4 and will run through February 20 in Beijing.

With Omicron continuing to affect most of the world, China has enacted a closed loop around the Villages, sealing them and the workers off at the beginning of last month. This comes on the heels of many regional and city lockdowns due to Omicron as China continues to practice its zero-tolerance policy regarding COVID-19 variants.

Athletes will travel on separate rail systems from the general public when needed in their own closed-loop circuits, and all athletes must be vaccinated upon arrival or else be quarantined. All participants will be tested daily as well. The Villages will all be converted once the games are over, with the Beijing one being converted to apartments and the Zhangjiakou and Yanqing Villages converting to apartments, hotels, and businesses.

China has renewed its focus on sustainability and has committed to carbon-neutral games, with all venues being powered by renewable energy and natural carbon dioxide refrigeration systems being used at all of the ice venues for the first time in the winter Olympics. All venues for the games, whether new or reused from the 2008 Beijing games, were certified to national sustainable construction standards.

For new competition areas created in Zhangjiakou and Yanqing, environmental impact assessments were completed and wildlife were protected by the creation of wildlife corridors, restricting construction at night, and transplanting plants.

China is currently the world leader in total renewable energy capacity, holding 31% of the world’s capacity. In the midst of the regulatory crackdown in China, this industry has continued to perform strongly and is investing domestically and globally.

The ETF has an expense ratio of 0.78% and $167 million in assets under management.