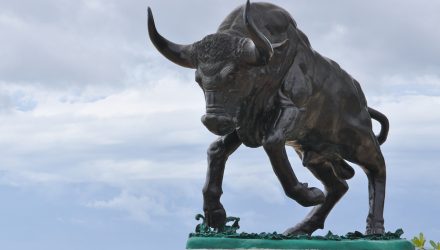 Recent selloffs of carbon allowance funds based in the European markets have caused dips in those funds, but KraneShares believes that it’s only a short-term reaction in a long-term upward trend.

Luke Oliver, managing director and head of strategy for KraneShares, told ETF Trends that because of pullback in the European markets, the KraneShares Global Carbon ETF (KRBN) as well as the newly launched KraneShares European Carbon Allowance ETF (KEUA) are both experiencing selloffs. KRBN carries heavy allocation in the European Union Allowances, and KEUA is targeted solely within the market.

Oliver attributed the selloff to political risk, saying, “Greece expressed concerns about the rising price of carbon which led some investors to reduce risk, alongside a broader de-risking in Europe.”

The fall of natural gas prices also contributed to the EUA selloff, but Oliver warned that Greece’s belief that rising carbon prices were linked to the rise of energy prices was misplaced. The driving factor behind the energy price crisis that much of Europe is experiencing is one that Oliver believes can be attributed instead to low gas supply overall, abnormally low reserves for winter, the pressure of the demand from China and India, and coal shortages.

Natural gas movement is not directly reflective of carbon prices either, as natural gas prices have risen exponentially; prices for natural gas are up roughly 400% year-to-date compared to the much more modest 78% rise seen in carbon allowance prices.

Oliver believes that, long-term, the E.U. will not shift its stance on carbon because of Greece’s recent accusations; indeed, the cap reduction was recently bumped to 4.2% from the former 2.2% cap in order to more aggressively combat emissions and meet Paris Agreement goals.

“The falling cap, shift from surplus to deficit allowances and continued use of fossil fuels maintain the bull story for carbon prices,” Oliver claimed, going on to warn that “carbon prices have historically been more volatile than equities and should be considered when investing.”

Investing in the EUA With KraneShares

Of note, 71% of KRBN’s current exposure is in EUA.

The fund’s benchmark is the IHS Markit Carbon EUA Index, an index that tracks the most-traded EUA futures contracts, a market that is the oldest and most liquid for carbon allowances. The market currently offers coverage for roughly 40% of all emissions from the E.U., including 27 member states as well as Norway, Iceland, and Liechtenstein. The annual cap reduction was recently increased from 2.2% to 4.2% to meet long-term carbon emission targets.