You are at:Home»China Insights Channel»Investing in China’s Second-Largest Stock and the EV Evolution 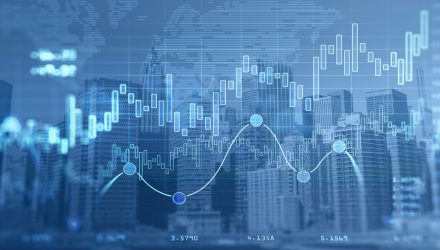 Investing in China’s Second-Largest Stock and the EV Evolution

CATL specializes in making lithium-ion batteries that are used by major electric vehicle manufacturers, including Tesla, BMW, Daimler, BMW, Nio, and Li Auto, the latter two being some of China’s largest EV manufacturers. It also makes energy storage systems for renewable energy capture and storage, per its website.

Last Monday, the market cap of CATL was almost 1.59 trillion yuan, the equivalent of $249 billion USD, squeezing past the Industrial and Commercial Bank of China Ltd. to snag the second spot. The stock was sent soaring 6.6% when it was announced that the battery maker was expected to be included in the CSI 300 Index, China’s major benchmark index.

With the passage of the tax and spending bill in the U.S. by President Biden, the way has been paved for EV growth in the U.S., and this will provide a chance for major players from the Chinese EV industry to gain access to a growing demand for lithium batteries within the States, according to Zeng Tao, analyst for China International Capital Corp.

CATL is currently the biggest global manufacturer of power batteries and related materials, and its stock has experienced exponential growth this year, buoyed by favorable regulatory oversight in a time when many Chinese industries were being hit hard. Since its initial public offering in 2018, its shares have grown 2,600%; it has replaced China’s largest stock, Kweichow Moutai Co., a Chinese liquor company, as the most-held stock by mutual fund managers in the third quarter, according to a report from the Shanghai Securities News.

The company is headquartered in Ninde, Fujian, and has five R&D facilities across China and Germany, as well as 10 production bases across the two countries. CATL boasts technology that can extend lithium-ion battery life up to 16 years, reduce the overall volume of the battery while increasing the utilization percentage, and enable the ability to charge to 80% power in five minutes, as well as a host of other innovations that indicate that CATL will remain on the cutting edge of the space.

The KraneShares Electric Vehicles and Future Mobility ETF (NYSE: KARS) invests in CATL, as well as many of the global leaders in the electric vehicle industry both within China and elsewhere.

Contemporary Amperex Technology Co. is carried at a 5.98% weight in the fund.