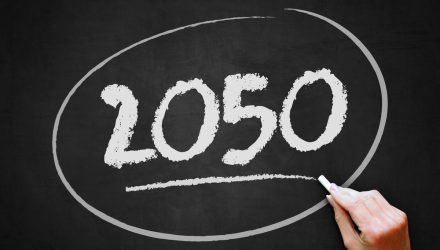 Obtaining net zero emissions by 2050 without massive disruption to the global energy supply is challenging but possible, according to a new report by the International Energy Agency (IEA).

The report details over 400 milestones on how to move from current energy consumption and emissions to net zero emissions in less than 30 years. The guidelines are the first of their kind showing how to reduce emissions to zero in a sustainable manner “while ensuring stable and affordable energy supplies, providing universal energy access, and enabling robust economic growth,” according to the IEA press release.

Current pledges regarding emissions by governments would still fall well short of the zero emissions needed by 2050 to limit an increase in temperature to only 1.5C.

Among the IEA’s specific guidelines include no new investments in fossil fuel supply projects, as well as “no further final investment decisions for new unabated coal plants.”

Fossil fuel use would shift from the current four-fifths of total energy supply today to only one-fifth by 2050.

The remaining supply would be concentrated for goods that require carbon, such as plastic; within facilities that are made for carbon-capture; and in sectors where there isn’t the technology for low-emissions options.

By 2035, the IEA guidelines state there should be no more new sales of internal combustion engine passenger vehicles, and that the global electricity sector should reach net-zero emissions by 2040.

Such a shift in the electricity sector will require an overhaul and increase in existing clean energy technologies. Solar photovoltaics will need to reach 630 gigawatts by 2030, and wind power will need to reach 390 gigawatts, figures that are over four times the record levels of 2020.

“Most of the global reductions in CO2 emissions between now and 2030 in the net zero pathway come from technologies readily available today. But in 2050, almost half the reductions come from technologies that are currently only at the demonstration or prototype phase. This demands that governments quickly increase and reprioritise their spending on research and development – as well as on demonstrating and deploying clean energy technologies – putting them at the core of energy and climate policy,” the IEA said.

Accomplishing the IEA’s goals will require buy-in and participation from all nations. China, as the second-biggest economy in the world and a leading clean tech innovator, is poised to lead the charge.

China is currently the world leader in total renewable energy capacity with 31% of the world’s capacity. By 2030, China aims to have 35% of its energy consumption be produced by renewable sources, an amount that is the same as the entire current U.S. electricity system.

That could be good news for the KraneShares MSCI China Clean Technology Index ETF (KGRN).