You are at:Home»China Insights Channel»How Will China’s Dream of Self-Reliance Influence Its Tech Sector? 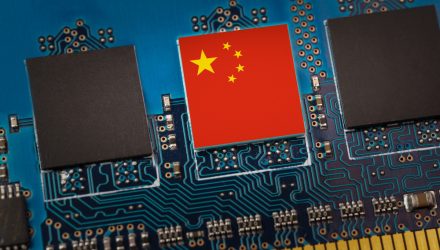 How Will China’s Dream of Self-Reliance Influence Its Tech Sector?

A CNBC article in February noted that “new data show the extent to which Chinese people went online in the wake of the coronavirus pandemic and adopted new habits, such as shopping through video livestreams. By the end of 2020, China had 989 million internet users, according to figures released Wednesday by government agency China Internet Network Information Center (CNNIC).”

“That’s up by 85.4 million from March, just after the worst of the coronavirus outbreak in China that forced hundreds of millions of Chinese people to spend more time indoors,” the article said further.

In terms of the general fund description, KWEB seeks to provide investment results that generally correspond to the price and yield performance of a specific foreign equity securities benchmark, the CSI Overseas China Internet Index. The index includes an investable universe of publicly traded China-based companies whose primary business or businesses are in the Internet and Internet-related sectors.

China is looking to remove any dependency on other nations. One of the central tenets of that five-year plan is shoring up technological strength.

Per a Bloomberg article: “at the heart of its latest Five-Year Plan, a blueprint for economic development unveiled on Oct. 29, is a Mao-era slogan that arguably represents the posture of a government feeling threatened by what it calls ‘hostile foreign forces‘ while also defiant—zili gengsheng, or ‘self-reliance.'”

“For example, instead of depending on imported technology, China will go all-out to produce its own while looking to domestic consumption to drive growth,” the article added.

“Tech­nol­ogy self-re­liance is the strate­gic sup­port for na­tional de­vel­op­ment,” according to a com­mu­niqué at the end of a four-day conclave of top Communist Party leaders, which was led by President Xi Jinping.