You are at:Home»China Insights Channel»Chinese Stocks Climbing on Regulatory Hopes 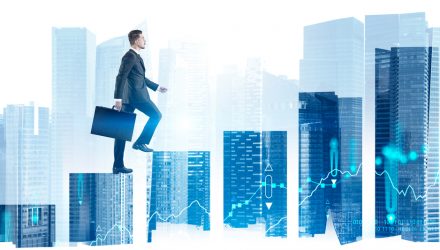 U.S. stocks of Chinese companies have bounced back from their downward trend after word that China is potentially considering access to audits for foreign-listed companies, reports CNBC.

The China Securities Regulatory Commission acknowledged meeting this week with major accounting firms in China and requested that they consider getting ready for joint inspections from China and the U.S. The Commission also confirmed that discussions are happening with U.S. regulators and seem to be going well, according to a recent statement to CNBC.

“We continue to meet and engage with PRC authorities in an effort to achieve a cooperative agreement that provides the PCAOB with the access required to inspect and investigate completely auditors headquartered in mainland China and Hong Kong,” the U.S. Public Company Accounting Oversight Board (PCAOB) said in a statement.

The comments come as more Chinese companies file annual reviews and are labeled as outside compliance, including search engine giant Baidu. There are expectations that unless some sort of agreement is reached between the two countries’ regulatory bodies, all 273 Chinese companies could end up delisted from U.S. markets by 2025 due to the Holding Foreign Companies Accountable Act.

While the PCAOB has warned that any assumptions about a final agreement regarding the audits is premature, markets responded positively to the hopes of a way forward that would prevent the delisting of Chinese companies from U.S. exchanges.

Stocks of Chinese companies that were on the move include Alibaba at a 7.3% increase, JD.com at 4%, Baidu rose 8%, and Pinduoduo at 9% as of trading in the morning.

KraneShares has been working to convert its ADRs into Hong Kong shares as a defensive play against potential delisting of Chinese companies in the U.S., as seen in its popular fund, the KraneShares CSI China Internet ETF (KWEB).

Companies included in the fund are Alibaba at 11.01%, JD.com at 7.66%, and Baidu Inc. at 7.48%. All three are companies that KraneShares has already converted over to Hong Kong shares.

The ETF has an annual expense ratio of 0.70% and currently has over $6.2 billion in AUM.