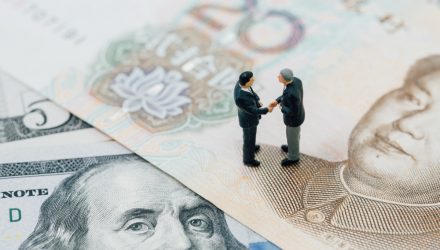 China and the U.S. Come to Initial Agreement on Company Audits

Regulators from China and the U.S. have come to an official agreement that will permit U.S. auditors to inspect Chinese company audit papers, the first step in preventing delisting of over 200 Chinese companies currently listed in U.S. markets, reported the Wall Street Journal.

The deal has taken months to reach, comes after years of tension between the U.S. and China, and will allow for the U.S.’s Public Company Accounting Oversight Board (PCAOB) inspectors to travel to Hong Kong next month to begin the inspection process.

The inspections, which are a multi-step process, would need to be completed by the end of the year to prevent delisting of Chinese companies, and the PCAOB has confirmed that it has been granted complete access to audit papers, audit personnel, and all necessary information to begin the process.

The joint announcement was made by the SEC, PCAOB, and CSRC (China’s regulatory body) alongside the Ministry of Finance, followed shortly on the heels of five Chinese State Owned Enterprises (SOEs) reporting that they would be voluntarily withdrawing from U.S. markets. The SOEs had been one of the sticking points for audit access due to China’s concern that classified government information could be revealed in the process.

“The voluntary delisting of five State Owned Enterprises’ (SOEs) US ADRs was a significant signal of a deal as these companies do have sensitive information that could be seen in an audit review. Non-SOEs, on the other hand, have nothing to hide, as many have publicly stated,” explained Brendan Ahern, CIO of KraneShares, in the China Last Night blog. “This is significant news as the Holding Foreign Companies Accountable Act (HFCAA) has been an overhang on the space.”

It could be a major boon for U.S. investors, with $2 trillion in U.S. investment dollars tied up in the stocks at risk of delisting, and could prove a strong catalyst for upward momentum for stocks of Chinese companies that had been weighted down by the negative sentiment and risk attached to the space for U.S. and foreign investors.

“Considering the significant valuation discount due to the HFCAA, one should hope for a significant rebound on re-rating,” Ahern said.