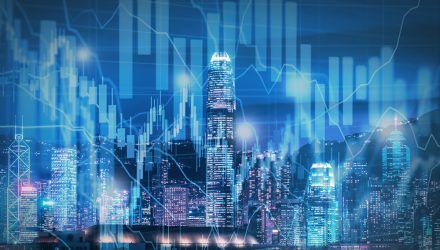 An Advisor’s Guide to the Onshore China Real Estate Rally

The last two years have seen increasing disparity between how Mainland China’s markets have performed and onshore investor confidence versus foreign investment, as measured through Hong Kong stocks. The latest in the series of differing sentiments is China’s beleaguered real estate sector, which has rallied in the last two days on reports that several state-owned enterprises (SOEs) will be backing new real estate bonds, according to Financial Times.

A report from REDD, an emerging markets intelligence group, revealed that five to six of the most heavily impacted property groups facing cash shortages would get a boost of liquidity from the underwriting of and guarantee by SOEs in new bonds issued.

“Many traders are expecting direct backing and guarantees from state banks,” a Shanghai-based trader from an Asian brokerage told Financial Times. “As long as there’s liquidity backing, market sentiment will improve.”

The Hang Seng Mainland Properties index was up as much as 10.5% Tuesday, and Hong Kong-listed stocks of Country Garden, Longfor Properties, CIFI Holdings, and Gemdale Properties, all developers on the shortlist for SOE support, were up 18% for the first two, 19% for CIFI, and 7.6% for Gemdale.

Real estate has been the top performer in China in the last two days, up 0.92% on Tuesday and 3.45% on Wednesday in Mainland markets, while Hong Kong’s real estate sector was down -0.33% on Wednesday. 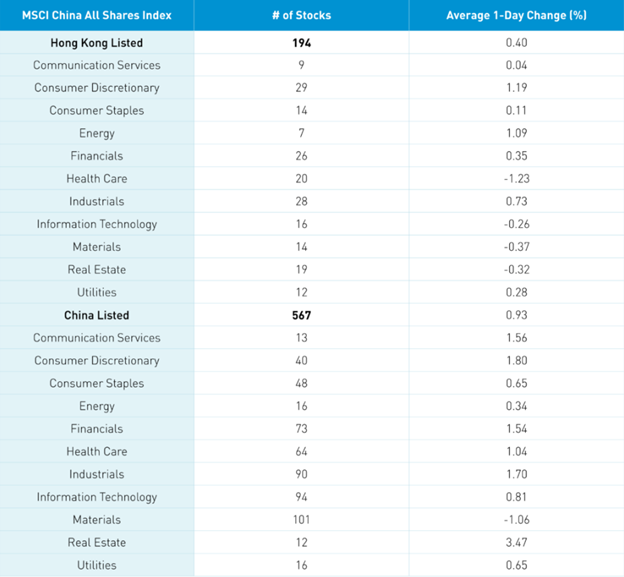 The sector will additionally benefit from interest rate cuts that the government has embarked on as it fights to bolster a flagging economy, and “…the signal that the regulatory authorities support the reasonable financing needs of real estate enterprises has gradually become obvious,” according to one Mainland China newspaper, as reported by KraneShares.

“Outside of China, there was very little coverage of the government backing property developers’ bonds. As we noted last week, there has been a significant reduction in property buying restrictions, and interest rate cuts help,” explained Brendan Ahern, CIO of KraneShares, in the China Last Night blog.

It could be the beginning of vital underlying support from the Chinese government, and possibly a tailwind, for a sector that has crumbled since Evergrande’s collapse and default. For now, Mainland sentiment reflects a sense of opportunity, and high-yield bonds have bounced on the news.

“Offshore Chinese high-yield bonds have started to stabilize. Some tasty yields are available for those willing to get into a hated asset class,” wrote Ahern.

The KraneShares Asia Pacific High Yield Bond ETF (KHYB) invests in USD-denominated high-yield debt securities from companies in Asia, excluding Japan. The fund is poised to capture the recovery and growth of the Asian bond market.

Nikko Asset Management, one of the largest asset managers in Asia, recently became the active manager of KHYB. One of its first moves as sub-advisor was to divest the fund of its position in Evergrande.

By moving the credit curve up, KHYB will be more defensive against the benchmark and have shorter duration bonds than the index. When the bonds mature, Nikko can decide how and when it wants to redeploy and invest in new bonds, depending on market conditions.