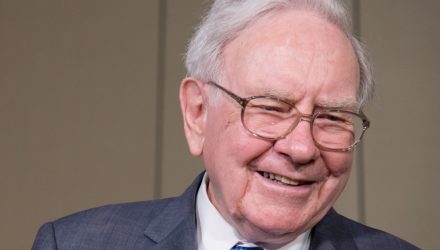 U.S. markets and stock exchange traded funds were mixed Monday as tensions between the United States and China heat up over the coronavirus outbreak and after investment guru Warren Buffett revealed ongoing concerns.

Airline stocks were among the worst-hit Monday after Buffett said he sold his entire position in the sector and revealed that he was wrong about the play.

“The fact that he had sold airline stocks was perhaps a realization that he sees a slow recovery for the economy for a while at least,” James Ragan, director of Wealth Management Research at D.A. Davidson, told Reuters.

Buffett showed apprehension about lingering problems in the airline sector, along with energy and small businesses as well, adding that there were little attractive opportunities now.

“For him to come out and say ‘I don’t see any opportunities’ is a big thing,” Greg Harmon, Founder and President of Dragonfly Capital, told the Wall Street Journal. “It’s clear to him that it’s not time for everything to start going up.”

U.S. equities were also pressured following comments from U.S. Secretary of State Mike Pompeo of “a significant amount of evidence” that the new coronavirus emerged from a Chinese laboratory. The Trump administration has asserted that COVID-19 originated from a laboratory in Wuhan, China. The claim fuels fears that Washington and Beijing could be in for another round of increased tensions and potential trade retaliation in response.

“The last escalation was pretty detrimental for equity markets,” Sebastien Galy, a macro strategist at Nordea Asset Management, told the WSJ, referring to the selloff in mid-2019 at the height of the U.S.-China trade war. “A de-escalation process can take weeks.”