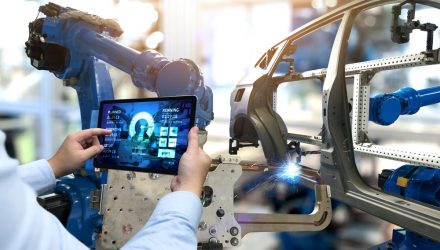 Brazil country-specific exchange traded funds climbed Wednesday after the emerging economy’s manufacturing expanded for the first time in four months, fueling hopes that the developing country is on the mend.

A survey of purchasing managers index activity revealed that Brazilian manufacturing jumped to 51.6 in June from 38.3 in May, reflecting the highest output and new orders since November last year, Reuters reports. A reading above 50 indicates an expansion in the sector, whereas a negative reading signals a contraction.

The monthly increase in manufacturing activity was the biggest rise since the index was first compiled in 2006. The expansion also helped mollify fears after three months of near-stagnation due to the coronavirus pandemic.

Paul Smith, economics director at IHS Markit, said manufacturers expect the positive trend to continue into the months ahead, but he cautioned growth will be “modest” as employment continues to decline.

“We have to put the latest numbers in the context of the collapse in output during April and May. Modest growth only goes a small, albeit positive, way to make up for recent losses,” Smith told Reuters.”

Brazil’s gross domestic product is projected to contract by over 6% this year, and if this comes to pass, it would mark the steepest annual downturn since records began in 1900.

Brazilian equities also just notched in their best quarterly performance since 2003 after recovering 30% over the second quarter, following the sharp sell-off in the first quarter.

“The lower returns from sovereign fixed-income instruments have forced investors out of their traditional comfort zone of higher-yielding government bonds and into riskier assets, and this has been a major factor in the resilient domestic equity market in Brazil,” Wilson Ferrarezi, Brazil Economist at TS Lombard, said in a note, according to Reuters.