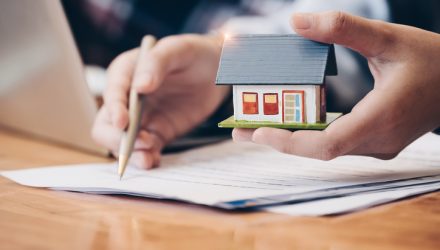 Leveraged loans have benefited over the past few years as investors reached for yield, ignoring building risks. Some analysts have pointed out that the erosion of credit quality and investor herding behavior have similar characteristics to the mortgage credit crisis of 2009. Bank loans traded at less than 50 cents on the dollar during the last credit crisis, even though corporate credit wasn’t even the focal point of the crisis.

It is possible that they could do worse in the next crisis due to the erosion of covenant protection, and the use of questionable EBITDA adjustments in the past decade. Many retail investors have used leveraged loan ETFs such as Invesco Senior Loan ETF (BKLN) to generate income.

ETF structural issues might exacerbate problems caused by poor credit quality leading to large losses when the next recession occurs. Erosion of covenant protection Leveraged loans traditionally included covenants designed to protect asset value for lenders. Going into the 2008-2009 financial crisis, approximately 80% of leveraged loans were considered covenant heavy, according to BainCapital Credit. Since then, the rush of investors reaching for yield has driven an erosion of covenant protection.

The Office Of The Comptroller Of The Currency started warning about this back in 2014, but the trend continued, setting new records repeatedly. Covenant lite loans are now nearly 90% of all outstanding issuance by market value.

The absence of covenants might delay defaults, because there are less terms under which the lender can declare a default