You are at:Home»Alternative ETFs»Bitcoin Looking to Bounce off $6,000 Support Levels 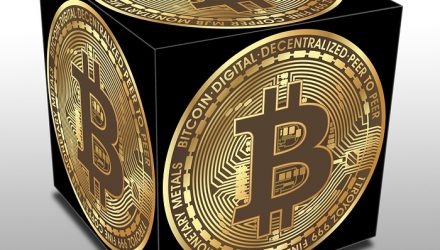 Technical analysts are closely watching whether the digital currency can break through its current price levels–specifically, a move past a resistance level of $6,800 could signal another bullish trend.

“BTC is bouncing from critical support at its 2018 trading range lows between 5775-6000 and is beginning to reverse its August downtrend. A move above first resistance between 6545-6842, near the declining 15-dma, is needed to suggest recent strength is anything more than a minor bounce,” wrote Rob Sluymer, technical strategy at Fundstrat Global Advisors.

Bitcoin ETN Makes Debut in US

The latest uptick in BTC’s price could be backed by the recent news of a Bitcoin ETN. A Bitcoin ETN is now available for investors who have been reticent to dive into cryptocurrencies can now invest in an exchange-traded note with the leading digital currency as its underlying asset. Per a Bloomberg report, American investors now have access to Bitcoin Tracker One and BTC ETN.

The investment product will be available under the “CXBTF” ticker symbol and will be quoted in U.S. dollars. The clearing and settlement of the trade will be available in the Krona and Euro since the product is listed and regulated in Sweden. The ETN is issued by XBT Provider, which is a subsidiary of CoinShares.