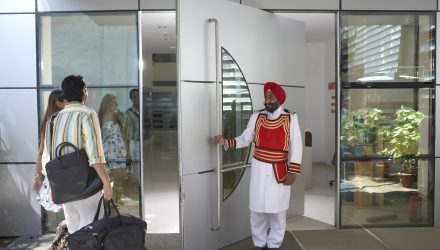 The emerging markets investment landscape is broad, encompassing dozens of countries of varying market sizes. India is one of the largest developing economies and one of the most accessible via exchange traded funds.

“The progress India has made in cutting back costly government subsidies on items such as fuel is a prime example of the advances being made in structural reforms under Prime Minister Narendra Modi. Subsidies as a percentage of gross domestic product (GDP) have declined in recent years,” said BlackRock in a new research piece.

The $5.19 billion INDA follows the MSCI India Index and holds 80 stocks. INDA allocates 23.4% of its weight to financial services stocks and about 29% of its combined weight to technology and energy stocks. The ETF is off 7% this year.