You are at:Home»Big Ideas Channel»US and EU to Pledge Methane Reduction Over Next Decade 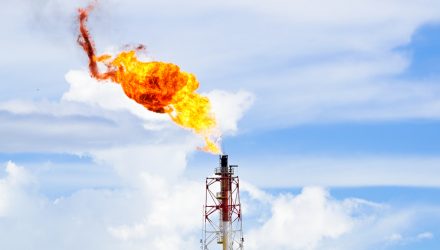 US and EU to Pledge Methane Reduction Over Next Decade

On Friday, the United States and the European Union will agree to reducing methane pollution in their respective countries by 30% over the next ten years, reports Financial Times. They are doing so in a bid to bring methane pollution awareness to the forefront ahead of the climate summit scheduled in November.

The countries involved, including the UK, are encouraging other large methane-producing emitters to also join in the agreement as governments and companies push to curb climate change and emissions. Methane has a warming potential that is greater than 80 times that of carbon dioxide over a twenty year timespan and is a greenhouse gas that must be reduced in conjunction with CO2.

“The [Intergovernmental Panel on Climate Change]  was crystal clear: we have to drive down methane emissions to have any threat of a dream of getting to one and a half degrees,” said Jules Kortenhorst, chief executive of U.S.-based clean-energy non-profit RMI. “It makes absolute sense for nations to focus on methane as the most urgent lever.”

The agreement would go into effect in October, but it does not set limits on emissions for individual sectors, as some climate analysts had hoped for. It is also below the 45% methane emission reduction recommended by the UN.

“Even if the US, UK and EU hit the target, it basically doesn’t mean anything for the global [emissions]  level without China, Russia and India,” said Maria Pastukhova, senior policy advisor at E3G, a European climate change think-tank.

Individual countries are also curating their own methane and CO2 emission reduction policies. In the U.S., the Biden administration had already reinstated rules that were enacted during Obama’s terms that limit methane emissions in the energy sector, rules that were previously rolled back by the Trump administration.

Building a Sustainable Future With Putnam

The Putnam Sustainable Future ETF (PFUT) is an inclusionary ETF that invests in companies seeking to provide solutions to future sustainability challenges. It is a forward-looking approach as these companies are helping to develop ESG and solve problems related to sustainability.

As a semi-transparent fund using the Fidelity model, PFUT does not disclose its current holdings on a daily basis. Instead, it publishes a tracking basket of previously disclosed holdings, liquid ETFs that mirror the portfolio’s investment strategy, and cash and cash equivalents. The tracking portfolio is designed to closely track the actual fund portfolio’s overall performance, and actual portfolio reports are released monthly.

PFUT’s top sector allocations as of end of August were 32.21% in healthcare stocks, 29.58% in information technology, and 8.70% to consumer discretionary.