You are at:Home»Big Ideas Channel»Microsoft, Google, and Amazon Collaborate on Cloud Computing Initiative 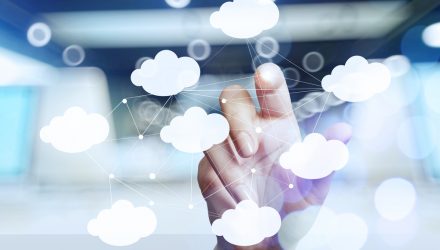 Three of the giant tech companies that rely heavily on cloud computing have announced an industry initiative that covers protections of customer data contained in cloud computing services and abides by governmental regulations.

Microsoft, Google, Amazon, and several other companies have committed to engaging in protecting cloud-based data, reported CNET. The initiative is called the Trusted Cloud Principles and consists of guidelines regarding government access and customer rights and protections.

“Through this initiative, we commit to working with governments to ensure the free flow of data, to promote public safety, and to protect privacy and data security in the cloud,” Microsoft wrote in a LinkdIn post.

The Putnam Focused Large Cap Growth ETF (PGRO) is an actively managed, non-diversified fund that focuses on large, growth-oriented U.S. companies that profit in the midst of recovery and a growing economy, and it invests along 12 different growth themes.

The fund selects companies similar in size to those in the Russell 1000 Growth Index whose market caps are between $2 billion and $2.1 trillion. Putnam Investment considers a company’s valuation, financial strength, growth potential, competitive position in its industry, projected future earnings, cash flows, and dividends when buying and selling investments.

One of the growth themes is a focus on cloud infrastructure and software, and it recognizes that businesses continue to move their IT systems from local databases onto cloud-based ones. Microsoft’s Azure is the second most widely used cloud computer service behind Amazon’s Web Services, and Putnam believes that Azure has the potential to reach over 30% growth by 2023 per their thematic brochure.