You are at:Home»Beyond Basic Beta Channel»This Wide Moat ETF Is Getting a Growth Stock Makeover 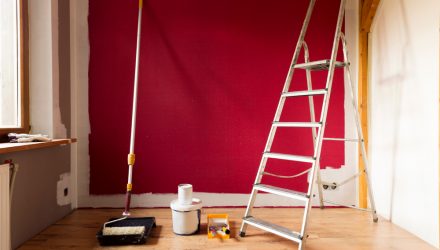 This Wide Moat ETF Is Getting a Growth Stock Makeover

The VanEck Vectors Morningstar Wide Moat ETF (MOAT) got off to an impressive start this year due in large part to exposure to value stocks.

However, MOAT isn’t resting on its laurels. Following the June rebalance of the Morningstar Wide Moat Focus Index, MOAT’s underlying benchmark, the exchange traded fund is taking on more of a growth feel. That shift could prove to be fortuitous. Treasury yields are declining and the S&P 500 Growth Index is higher by 7.59% for the month ending July 9.

“In a reversal of the value rotation of 2020, the Moat Index saw its exposure to financials decrease and tech stocks increase as valuation opportunities began presenting themselves in some areas of the market where there hasn’t been much value to be had in recent years,” said Brandon Rakszawski, VanEck senior ETF product manager, in a recent note. “Growth exposure increased and value decreased leaving growth, value and core style exposure nearly evenly distributed within the Index.” 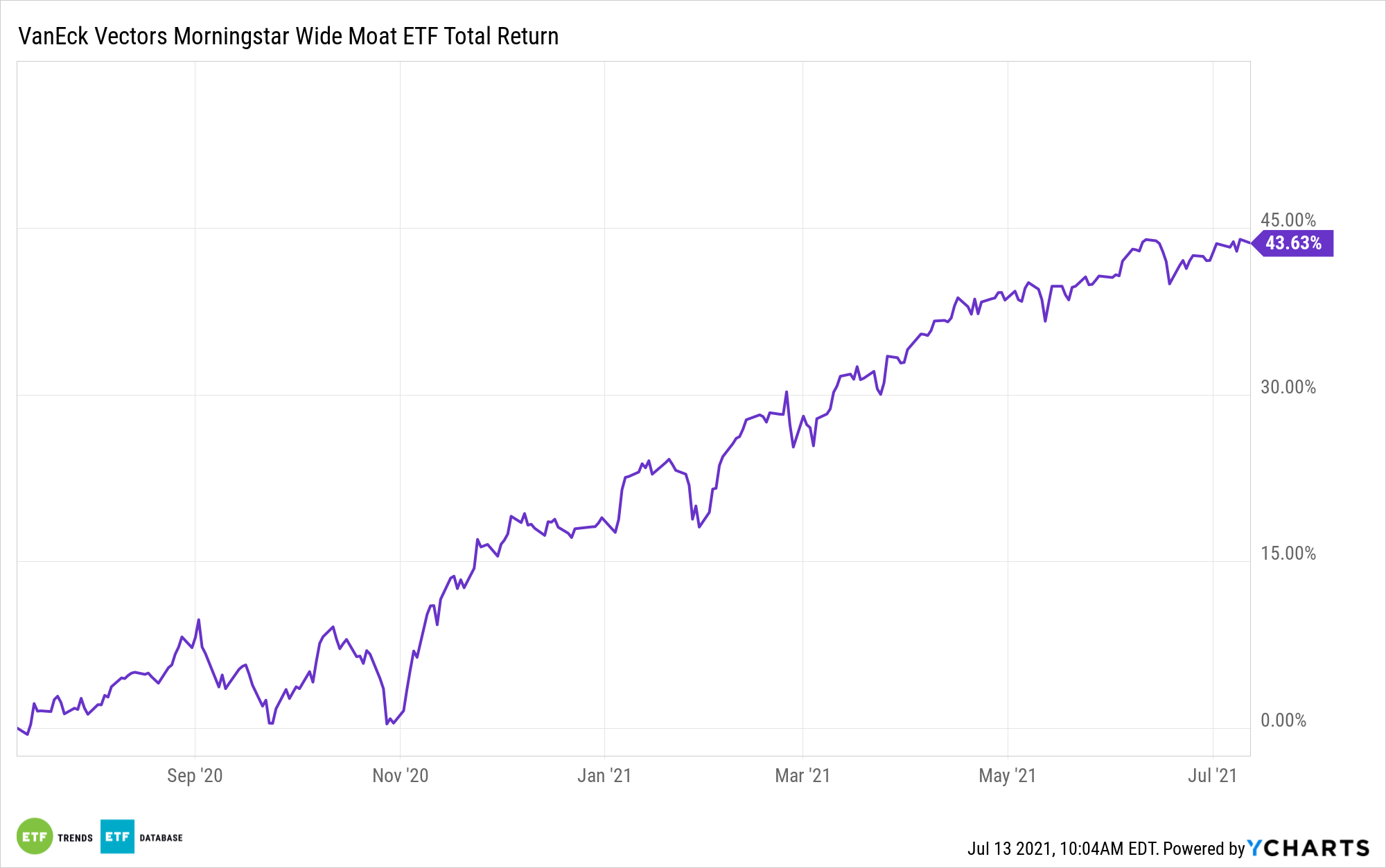 June was a rough month for previously high-flying cyclical stocks.

Of the eight stocks that either had weights pared or were removed from MOAT’s index altogether last month, each one is a cyclical name and half of that group hails from the financial services sector. As of June 30, no financial stocks were among MOAT’s top 10 holdings and the sector represented just 7.7% of the ETF’s weight. Confirming the growthier feel, technology stocks now account for almost 23% of MOAT’s roster.

All of the stocks that were reduced or deleted from the index met with that status on the basis of failing Morningstar’s price/fair value screen. Publisher John Wiley & Sons (NYSE: JW/A) is a prime example.

“John Wiley & Sons features an impressive portfolio of research and education assets and it has been a member of the Moat Index for the better part of the last three years,” notes Rakszawski. “Following a stretch of impressive stock price performance, the company was scaled out of the Moat Index in March and June 2021. Despite its stock price pull back in June, which made it the second worst performing company in the Index, Wiley left at a notable premium to Morningstar’s fair value estimate.”

Of the nine stocks that were either added to MOAT’s index or saw allocations boosted, four are tech stocks and another is Facebook (NASDAQ: FB), which is a communication services name and the latest member of the $1 trillion market capitalization club.