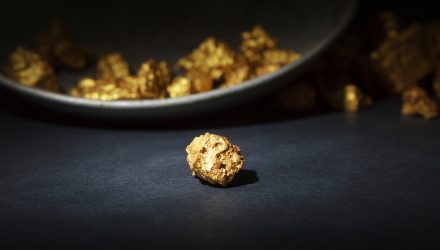 “According to FactSet, the commodity just posted its third-straight positive session, the longest winning streak since April, and TradingAnalysis.com founder Todd Gordon says a key reversal in the dollar is about to send the metal even higher,” reports CNBC.

“According to the CFTC’s weekly Commitment of Traders data up to August 7 released on Friday speculators pushed the net short position (bets that gold will be cheaper in future) to a record of 63,282 lots or 197 tonnes. Bearish positioning now exceeds levels last seen at the end of 2015 when gold briefly dipped below $1,050,” according to Mining.com.

Although gold has fallen out of favor with some asset allocators, some market participants believe the yellow metal could bounce back over the near-term. In fact, gold shorts are covering some positions because President Trump is pressuring the Federal Reserve to slow down its plans for higher interest rates.