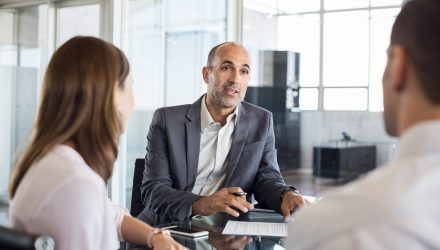 Bank ETFs Pick Up as Dodd-Frank Rolled Back

One of the primary reasons financial services stocks and bank ETFs rallied in the wake of President Trump’s 2016 election victory was speculation that he would try to ease the regulatory burden facing the sector, including a potential rollback of the 2010 Dodd-Frank legislation, which increased regulations on banks and financial services companies following the global financial crisis.

“Dodd-Frank was designed to make banks safer after subprime mortgages brought down parts of the financial system,” according to Bloomberg. “Under the Senate proposal, small banks would be exempt from the Volcker Rule on trading for their own books, and would have fewer reporting requirements than larger lenders. However, the bill can’t become law unless the House of Representatives passes a similar measure.”

Efforts to scale back Dodd-Frank are viewed as more helpful to smaller banks, regional banks and trust banks than large- and mega-cap money center banks.