You are at:Home»Investing»Are ICOs Replacing IPOs? 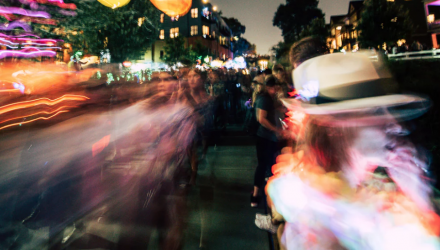 Last week I was in Barcelona speaking at the LBMA/LPPM Precious Metals Conference, which was attended by approximately 700 metals and mining firms from all over the globe. I found the event energizing and stimulating, full of contrary views on topics ranging from macroeconomics to physical investment markets to cryptocurrencies.

My keynote address focused on quant investing in gold mining and the booming initial coin offering (ICO) market. I’m thrilled to share with you that the presentation was voted the best, for which I was awarded an ounce of gold. I want to thank the London Bullion Market Association, its members and conference attendees for this honor.

Speaking of gold and cryptocurrencies, the LBMA conducted several interesting polls on which of the two assets would benefit the most in certain scenarios. In one such poll, attendees overwhelmingly said the gold price would skyrocket in the event of a conflict involving nuclear weapons. Bitcoin, meanwhile, would plummet, according to participants—which makes some sense. As I pointed out before, trading bitcoin and other cryptos is dependent on electricity and WiFi, both of which could easily be knocked out by a nuclear strike. Gold, however, would still be available to convert into cash.