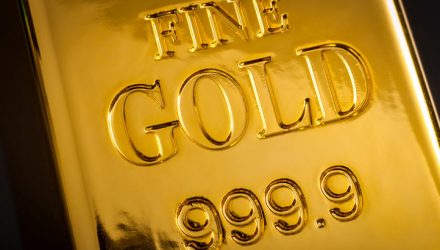 According to the report, gold-backed ETFs increased by 31.4t in August to 2,295t in global holdings.

While funds listed in North America led worldwide inflows in August, European-listed funds have strongly contributed to gold demand through ETFs and similar so far this year.

As such, gold’s performance is influenced by its global trends — not just those of individual local markets.

Juan Carlos Artigas, the Director of Investment Research at the World Gold Council, said in its view, higher geopolitical uncertainty and mixed economic reports increased demand for gold through ETFs in the US in August.

“While ETF demand in Europe was softer over the same period, investors across Europe – led by Germany – have embraced gold year-to-date, as they seek to reduce risk in their portfolios while diversifying away from low and/or negative yielding bonds,” Artigas. 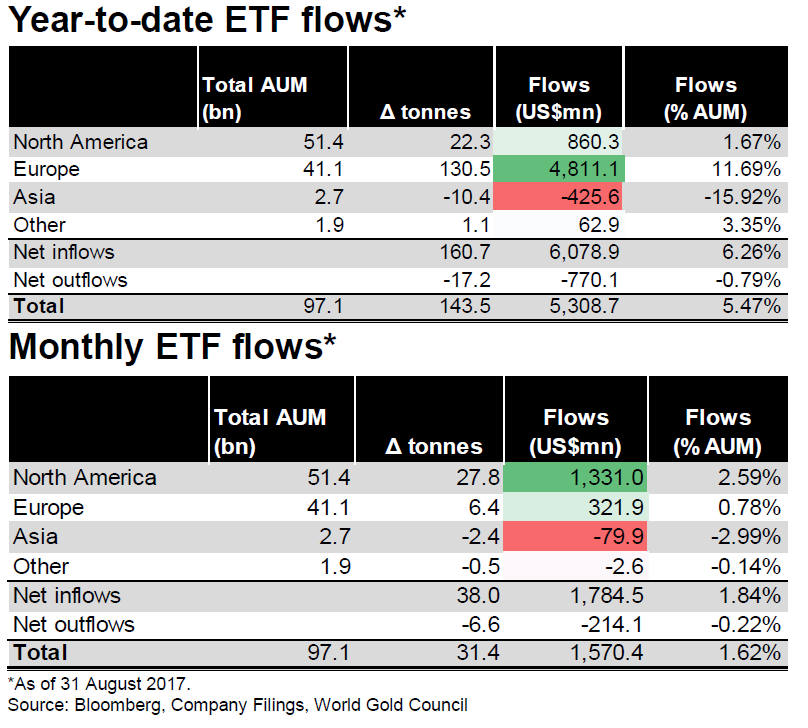 In Asia, funds have shed 16% of their holdings so far this year, Artigas added.

“As discussed in our Q2 2017 Gold Demand Trends report, Chinese investors seem to have favored gold through bars and coins at the expense of gold-backed ETFs through the first half of this year and anecdotal evidence suggests the same was true during the summer.

The SPDR Gold Shares (NYSEArca: GLD) led flows in August and reversed some of its July outflows.