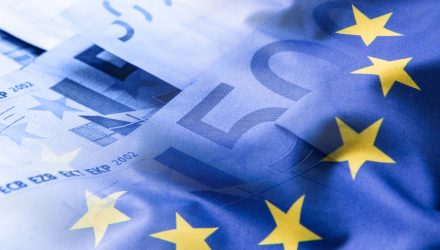 An ETF to Hedge Against an Economic Fallout in Europe

As the energy crisis in Europe intensifies and threatens to derail the region’s economy, traders can turn to a bearish or inverse exchange traded fund strategy to hedge against further weakness in the Eurozone markets.

Russia’s Gazprom warned its customers in Europe that it cannot guarantee gas supplies due to “extraordinary” circumstances, Reuters reported.

According to a letter to Reuters dated July 14, the Russian state gas monopoly stated that it was declaring force majeure on supplies, beginning from June 14. Otherwise known as the “Act of God” clause, force majeure lays out extreme scenarios that excuse a party from their legal obligations.

Europe has warned that its energy supplies from Russia are at risk of Moscow swiftly halting flows in retaliation to sanctions imposed on Russia over the intensifying war in Ukraine, which could potentially tip the region into a recession.

The European Commission projected that a cut-off of gas shipments from Moscow could cut the GDP by between 0.6% and 1%, Bloomberg reported.

“An EU coordinated response before the winter and in solidarity between member states would limit the negative impact on GDP and jobs of a possible major disruption,” the commission said in the draft document, titled “Save gas for a safe winter.”

The commission calculated that taking early action to diminish demand in the case of an average winter could help mitigate the negative consequences of a supply cut-off on GDP to 0.4%.

“The whole EU stands to suffer if any single economy enters into a sharp and long-lasting recession,” as a result of an interruption in gas supplies, German insurer Allianz SE wrote in a recent report, according to the Wall Street Journal.

Investors who are also worried about potential weakness in Europe can look to alternative ETF strategies to hedge the risks, such as the ProShares UltraShort FTSE Europe (EPV), which tracks the -2x or -200% daily performance of the FTSE Developed Europe All Cap Index.