You are at:Home»Equity ETFs»An ETF That Tracks the Hedge Fund Industry’s Heaviest Hitters 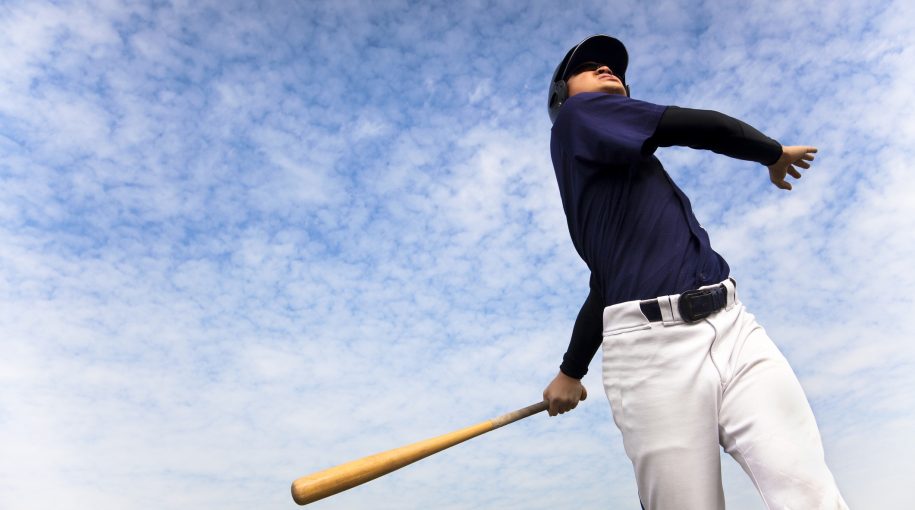 An ETF That Tracks the Hedge Fund Industry’s Heaviest Hitters

Oakland Athletics vice president of basketball operations and minority owner Billy Beane was on to something when he hired Paul DePodesta in 1999–a duo that would help spawn analytics usage in baseball, sabermetrics, or it’s more popular moniker “moneyball.” The heart of the strategy involves using unconventional methods of valuing players, which in the financial markets, is vis-à-vis to finding value propositions using proprietary methodologies–something that AlphaClone Alternative Alpha ETF (BATS: ALFA) employs at the heart of its strategy.

Instead, ALFA screens hedge fund managers as opposed to players, and rather than using databases brimming with performance statistics, the fund uses the 13F-HR–a Securities and Exchange Commission (SEC) reporting form filed by institutional investment managers that discloses their traded equity holdings. To most, it might seem like a perfunctory run-of-the-mill disclosure, but to Maz Jadallah, CEO of AlphaClone, it provides valuable insight.
“Most investors can’t conveniently access established hedge funds and the alpha potential from their investment idea,” Jadallah told ETF Trends in an email. “However, hedge funds managing $100 million or more must disclose their U.S. publicly traded equity holdings on a form called 13F-HR which is filed quarterly and made available to the public.”

The 13F-HR form essentially provides the meat of ALFA’s strategy that utilizes a proprietary scoring system–Clone Score. The Clone Score methodology uses multiple simulations that mimic investing in the hedge fund manager’s holdings disclosed on the 13F-HR–this provides the basis for selecting managers based on their ability to outperform the market on a consistent basis–the impetus for the AlphaClone Hedge Fund Masters Index that ALFA tracks.

The Clone Score method takes the highest-performing managers, their five largest holdings disclosed on the 13F-HR and aggregates them into an equal weighted portfolio. Running with the baseball analogy, ALFA would be akin to a fantasy baseball player building a roster of hitters with top-shelf slugging percentages–a strategy with the potential for walk-off profits.

“The Clone Score methodology is essentially ‘moneyball’ for hedge funds. We calculate “batting averages” for every 13F filer where each disclosed stock is an ‘at bat,’ Jadallah added.

In terms of performance in the last six years, the highest scoring managers have been able to implement a long/short strategy followed by value-focused fund managers. 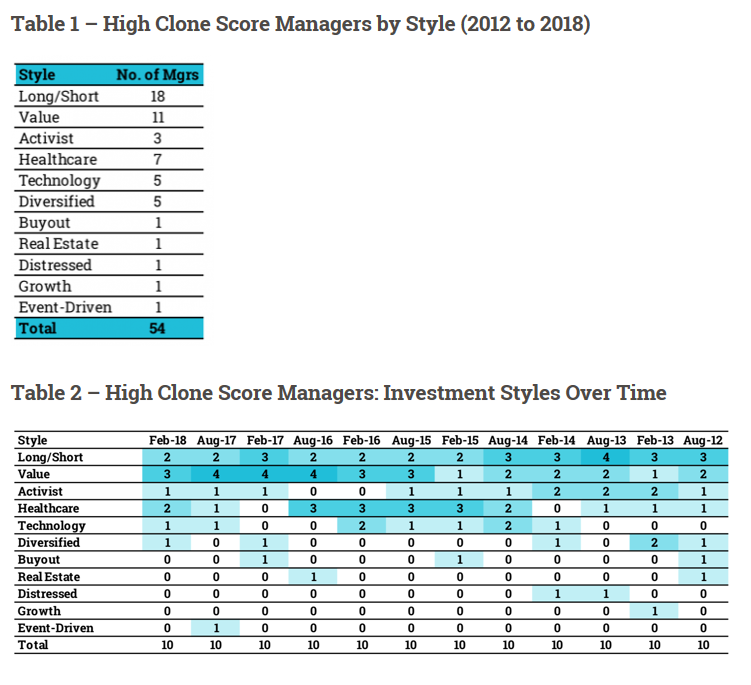 The recent growth-fueled bull run may have caused a value-focused investment style to take a step back, but as the markets have become more volatile as evidenced in the latest corrections in the major indexes and October’s sell-off, value may be coming back to the forefront.