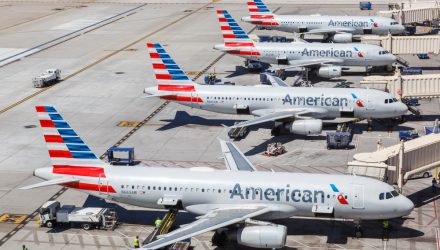 While American Airlines is scheduled to release its earnings on Wednesday, the company provided encouraging words in a pre-release update, stating that key metrics are likely to fall within previous guidance, the Motley Fool reported.

The airliner’s positive outlook helped assuage fears that rising costs, of things such as jet fuel, and labor shortages would cut away at profits.

Major U.S. airlines are expected to post their strongest earnings beginning Wednesday due to a surge in travel bookings in response to pent-up demand, Reuters reported.

American Airlines anticipated total revenue per available seat mile to increase by about 22.5% amid a lower-than-expected capacity, as its pricing power gains.

However, some market observers have warned that the airline industry could face increased headwinds in the second half of 2022. Analysts at Jefferies are not sure if the strong demand will remain through the fall. In a note, the analysts argued that airline revenue is expected to “materially weaken” in September after a moderation in leisure travel demand.

Frontier Airlines Chief Executive Barry Biffle, on the other hand, told Reuters that his company has not seen any “degradation” in the bookings. He even argued that travel demand is only rising.

“It’s the best environment we’ve ever had in the industry,” Biffle told Reuters.

Looking ahead, the airline industry is banking on improving international travel demand and higher corporate bookings to offset a potential slowdown in leisure demand. International and corporate flights also tend to have higher margins for carriers.