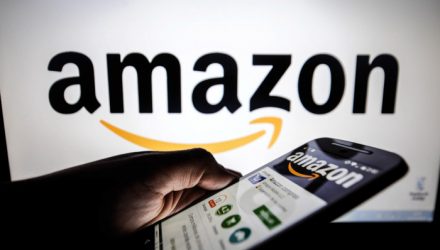 Amazon continues to inch closer to reaching a $1 trillion market cap after closing at another all-time high on Wednesday at $1998.10. The tech giant is currently trading at $2,013 per share as of Thursday 11:30am Eastern time

With a current market cap of $980.6 billion, some are speculating that it could be the second trillion-dollar company, after Apple hit the $1 trillion mark earlier this month.

Given the company started off as an online book vendor and has now branched into all types of e-commerce, web hosting, and video streaming, CNBC’s Melissa Lee asks, “how much bigger can Amazon get?”

Going further, Tim Seymour questioned “What is Amazon? … Is it a retail stock, is it a tech stock, is it a consumer staples stock? To me, the most aggressive moves that Amazon has made have really been in this trillion-and-a-half dollar consumer staples/consumables space, where they’re competing with Walmart, with Target, with Kroger, with a lot of mom-and-pop stores, and again, it’s a low-margin business. That, to me, is where the disruption lies.”