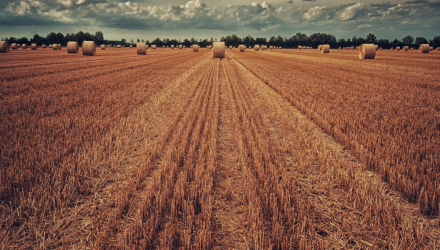 This Trade War Will Start a Recession, or Worse …

The logic of Donald Trump’s multi-front trade war, if there is any, is increasingly obscure.

The tangled mix of policies isn’t accomplishing its stated goals and seems unlikely to ever do so. Meanwhile, it hurts the Americans it should supposedly help.

Regardless, it’s happening, and it has consequences… none of them good.

The president’s latest move to impose escalating tariffs on imports from Mexico is the trade equivalent of “going nuclear.”

Judging by his tweets, Trump thinks it will solve multiple problems: trade, drugs, immigration, and crime.

That’s doubtful at best. And as with real nuclear weapons, the blast wave isn’t going to discriminate. It will hit everyone.

If you think the trade war hasn’t affected you yet, brace yourself. You’re about to feel it.

A tariff is a form of sales tax on imported goods.

The importer has to give the government cash. Then it recovers it by charging more, accepting lower profit margins, or some combination of both.

So far, President Trump’s tariffs are showing up as higher inflation. It’s not obvious in the broad inflation measures like the Consumer Price Index because only a few goods have been affected. But in those segments, the impact is clear.

Goldman Sachs recently compared price changes in nine tariff-impacted CPI categories vs. those that weren’t. Since the first tariffs in 2018, an index of those categories rose more than 3%. Meanwhile, all the other core goods categories showed a slight decline.

This impact is about to spread. The president is raising tariffs on almost all Chinese goods and is threatening the same for Mexico.

Again, we won’t necessarily see this in retail prices right away.

But if we don’t, it will be only because merchants have stockpiled inventory or decided to absorb the cost out of their profits.

If it’s the latter, it’s still not good.

Companies with shrinking profit margins usually try to recover them somehow, like laying off workers or postponing expansion plans.