You are at:Home»Alternatives Channel»Rising Price of Corn Could Help Lift Commodity ETFs 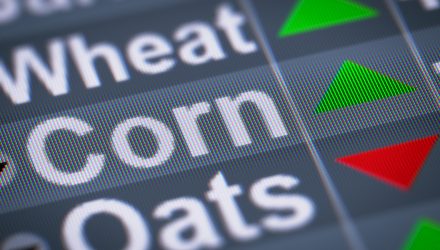 Crop prices for corn are on the move up after a massive disruption on U.S. farms spark worries regarding the size and quality of this year’s harvest. The U.S. Department of Agriculture confirmed that farmers planted only a fraction of what they have typically do during this time of the harvest year.

As corn prices surge, this could help spur a move to more commodity-based funds. During the bout of volatility that took hold of the capital markets near of the end of 2018, stocks and bonds did something they don’t normally do–exhibit positive correlation. As equities were getting roiled with volatility, the tried and true safe haven of Treasuries were falling as yields were climbing.

This lockstep between stocks and bonds was not something typically seen within the capital markets as both are prone to marching to the beat of their own drum. However, the music they were making was something analysts were listening to closely, but something investors would like to ignore.

Commodities, however, lack correlation to both stocks and bonds–something investors will appreciate moving forward as a volatility protection measure. 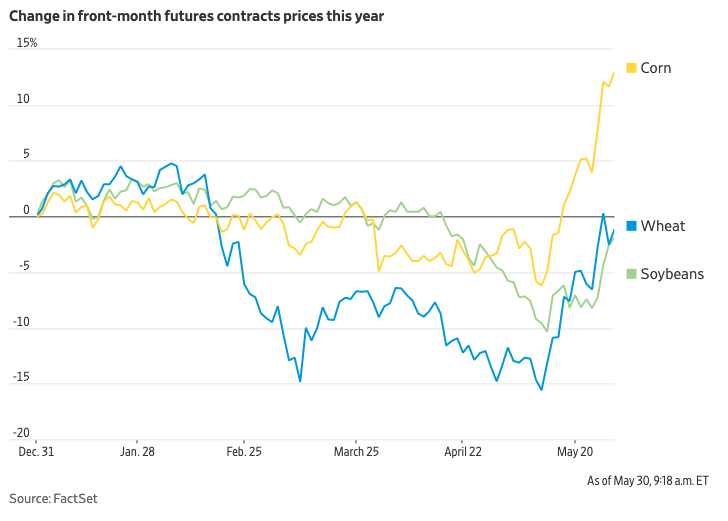 This news in the corn market could trigger a move to commodity ETFs as a safe haven like the Teucrium Soybean (NYSEArca: SOYB) fund.

The Teucrium Soybean Fund has seen positive net inflows year to date. Soybeans have been in the news recently as agriculture is a key aspect of US/China trade discussions.

China is the world’s largest importer of soybeans and the largest buyer of soybeans from the United States. External events including the trade war with China, the outbreak of African Swine Flu across Asia, and historically large inventories have moved soybean prices toward the lower end of a 40- year price range.

Soybeans are a source of protein when consumed directly in soy-based food like TOFU, soymilk, edamame,
boca burgers, miso soup, soy sauce, soybean oil, and Tofutti ice cream. Most soybeans are consumed indirectly as pork, chicken, and turkey products because soybeans are the major feedstock for swine and poultry.