You are at:Home»Alternatives Channel»Oil ETFs Show Signs of Life After Tough Times 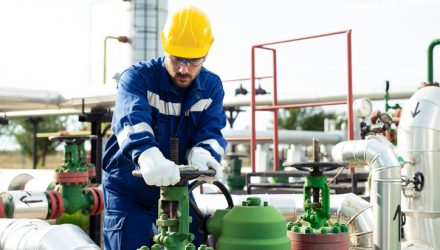 The jump came as relief to some after oil prices fell to a near 5 month low over concerns over a slowing global economy and rising tensions in the Middle East.

“For a few weeks, I’ve been trying to get the petroleum complex to claim the mantle of most damaged by the tariff schemes and I think I’ve got it now,” said John Kilduff, Founding Partner of Again Capital.

The impact of tariffs and the slowing economy are largely seen as the primary factors weighing on oil, this much more so than concern of oversupply.

“I don’t think we’re oversupplied,” said Helima Croft of RBC Capital Markets in an interview with CNBC. “If you look at the market right now, the physical market is actually tight if you look at Brent spreads, but there is incredible concern over what is going to happen to Chinese demand because of this trade war. There’s also growing U.S. stockpiles which are making people concerned about rising U.S. production. Right now, we’re not physically oversupplied, but sentiment is in a very bad place.”

Oil Head Up or Projected to Tank?

A number of factors will determine how oil prices will fare with one driving being the outcome of the upcoming G20 Summit.

“I think it’s going to be really important to see what comes out of the next G20 meeting later this month,” Croft said “If we get signals that we are going to have an off-ramp in this trade dispute, I think that’s how oil moves higher.”
Investors betting on oil will need to keep a close eye on U.S. production and gauge sentiment, as tough as the latter might be.

Keep a pulse on oil ETFs in our Oil Section.