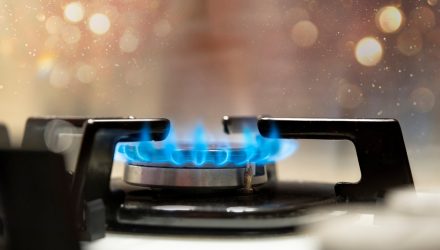 Natural Gas ETFs Are Soaring Ahead of the Summer Cooling Season

Natural gas prices and related exchange traded funds have been gaining momentum as we head toward the summer cooling season.

Natural gas prices have tripled over the past year and have not been trading at these levels since 2008, or before hydraulic fracturing began flooding the market with cheap shale gas, the Wall Street Journal reports.

Meanwhile, domestic drillers have been slow to raise production despite the highest prices in years. Additionally, elevated coal prices have raised the demand for natural gas, and drought conditions have affected hydropower generation.

Looking ahead, traders and analysts warn that prices have more room to run higher if hot summer weather conditions trigger increased electricity demand for air conditioners, especially if there is not enough gas to be injected into storage facilities ahead of the following winter when natgas is burned for heat.

Inventories are already low. U.S. gas storage ended last week at more than 15% lower than the five-year average, according to the Energy Information Administration. The deficit of gas inventories expanded for the week due to a smaller-than-normal build of stockpiles, lifting prices higher.

“There’s almost no ceiling for natural gas,” Kent Bayazitoglu, an analyst at the energy consultant Baker & O’Brien Inc, told the WSJ. “You can reduce your driving a lot easier than you can reduce your natural-gas consumption.”