You are at:Home»Alternatives Channel»Global Manufacturers Are Down for the First Time in 7 Years 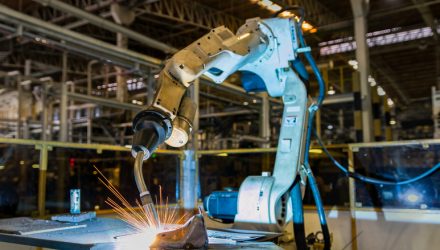 Global Manufacturers Are Down for the First Time in 7 Years

Perhaps surprising no one, global manufacturers are now in contraction mode for the first time since 2012. That’s according to the most recent reading of the sector’s health, the purchasing manager’s index (PMI), which headed lower for a record 13th straight month in May.

The PMI posted 49.8, down from 50.4 a month earlier. As a reminder, anything above 50.0 indicates expansion; anything below, contraction.

Less than half of world economies’ manufacturing sectors are expanding right now, “the worst showing since the throes of the euro area sovereign debt crisis in 2012,” according to analysis by Neil Dutta, head of economics at Renaissance Macro Research (RenMac).

Dutta adds that one of the few bright spots is India, whose own PMI climbed to a three-month high in May. However, “the improvement might be fleeting as the U.S. recently announced that it would strip India of a special trade status.”