You are at:Home»Alternatives Channel»Consider This ETF if a Trade Deal Comes Through 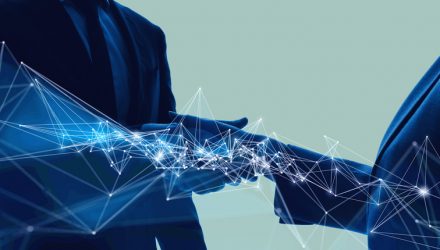 Consider This ETF if a Trade Deal Comes Through

Much has been made of the recent malaise of small-cap stocks and ETFs as the gap between that group and large caps has been noticeably wide, but it’s also possible that smaller stocks rebound in intense fashion over the near-term.

Fortunately, there’s a potential catalyst on the horizon to boost small caps: the possibility of the U.S. and China making nice on trade.

“Investors might still remember small-caps’ stellar run in early 2018 when trade-war fears drove more assets into the group, which is typically less exposed to international markets,” reports Evie Liu for Barron’s. “That thinking has changed, with investors realizing that in today’s globalized economy, no asset class is safe in a full-blown trade war.”

While that thesis has recently been dealt a blow, SIZ could rally if the trade discussions progress in a productive manner.

Small-cap funds have been stymied in recent months by exposure to bank stocks, which are being crimped by declining interest rates, but the worst news for small-cap banks, a group hit hard by declining Treasury yields, may already be baked into the stocks. That adds to the near-term case for SIZ.

“But fears over banks’ profitability might have been overdone, as many of them are in a much healthier financial state compared with 10 years ago, during the financial crisis,” according to Barron’s.