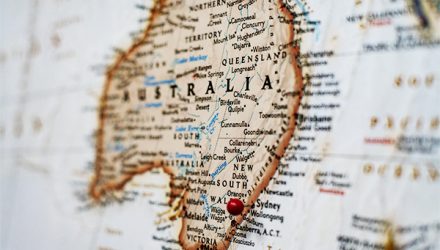 On the corporate side, Apple announced in September that it would stop using mined REEs in a key component of the iPhone. Instead, it plans to use only recycled metals.

I should point out that extracting these elements is expensive and chemically complex, and costs can run prohibitively high when mining activity follows environmental regulations. Processing them can create large amounts of pollution, sometimes even yielding radioactive waste. (Lynas’ processing plant in Malaysia is no stranger to controversy for this very reason.) This is part of the reason why the U.S. was willing to allow the task to be outsourced to other countries, including China, which now has control of asset prices.

All of this is to stress the difficulties involved in rebuilding an entire supply chain from scratch.

“There are reasons [new]developments have been slow to get off the ground,” explains Australian economic analyst David Uren. “There is no open market pricing for rare earth elements; they are negotiated in private, so there is no futures market to give comfort to investors. To the extent one can tell what price they are being traded at, they have been very cheap for a decade with markets depressed by illegal Chinese product smuggled out of the country.”

For manufacturers and other companies with a financial interest in REEs that wish to diversify away from Chinese suppliers, Australia’s Lynas appears to the best option. Investors recognized this as well, pushing Lynas stock to an all-time high in late May. Shares have since receded somewhat, but I believe there’s still plenty of upside potential.

Again, Lynas is the largest miner and processor of rare earths outside of China, with the possible capacity to meet approximately a third of global demand for REEs such as praseodymium and neodymium, according to Stratfor.

To meet this demand, Lynas is expanding its processing capacity by partnering with chemical manufacturer Blue Line Corp., based in San Antonio, Texas—home to U.S. Global Investors, coincidentally enough. Together, the two companies are set to build a rare earth processing and separation plant in Hondo, Texas, a little more than 40 miles west of San Antonio. The facility could open as soon as 2023.

“Without rare earths, you can’t have a car today,” he says. “Probably not many people are going to know what lanthanum is, but they do know what gasoline is. You need a catalyst in order to make gasoline and a catalyst has a coating of lanthanum on it.”

I would keep my eye on Lynas stock the closer we get to the 2023 opening of the Texas plant, especially if there’s any escalation in trade tensions between the U.S. and China.

Holdings may change daily. Holdings are reported as of the most recent quarter-end. The following securities mentioned in the article were held by one or more accounts managed by U.S. Global Investors as of 9/30/2019: The Boeing Co.,