You are at:Home»Alternatives Channel»An Oversupplied Market Will Continue to Pressure Natural Gas ETFs 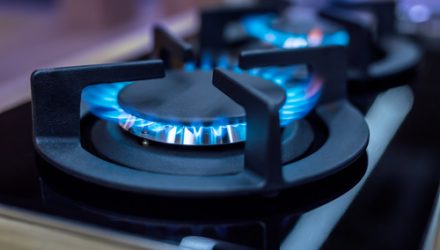 An Oversupplied Market Will Continue to Pressure Natural Gas ETFs

The natural gas is being burned off because it is an unwanted byproduct of an oil well and may not be worth the cost of transporting it to the end consumer. Additionally, in the Permian Basin, the center of America’s oil patch, expanding natural gas pipelines are less of a priority than completing oil pipelines.

The depressed prices on natural gas in the U.S. and robust supply has created some anomalies in specific areas of the market. For example, the price of gas at the Waha Hub in Texas hit negative four dollars per million British thermal units while gas in the other parts of the country was around $2.50 per million British thermal units, so producers had to pay others to transport the gas away.

The shale oil boom has also experienced steeper decline rates in wells than conventional ones as the volume of crude they produce after the first years drops sharply, but the associated gas volumes fall at a much slower rate. Furthermore, the increase in shale oil drilling has also contributed to the increase in more unwanted gas.