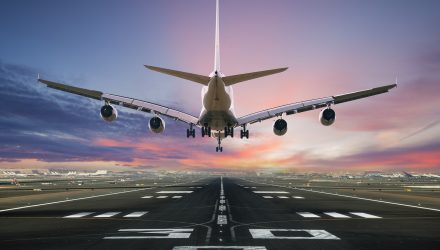 While Boeing has made it clear that its concentration is on getting the 737 Max approved to fly again, which is expected to happen by the middle of this year, now the company has other concerns to attend to as well.

On Tuesday, the aerospace company reported that it failed to receive any fresh orders for commercial jets in January, compared to 45 orders a year ago. In addition, it only delivered 13 commercial planes last month, down from 46 a year earlier. This dearth of business marks the first time Boeing has had zero orders in January since 1962.

The 737 Max plane has been grounded since March, following two deadly crashes that killed 346 people. The nearly year-long disaster has put a moratorium on orders and deliveries of many of the company’s jets.

As a result, most airline customers are holding off on placing fresh orders for the 737 Max until the aircraft is cleared by regulators to fly again, leaving Boeing lagging behind European rival Airbus and amassing significant monthly financial losses.

While Boeing has been suffering, the Paris-based aerospace company last week recorded its biggest January order tally in at least 15 years, as it notched gross orders for 296 aircraft, or 274 net orders after cancellations.

Meanwhile, last year was Boeing’s worst year for orders in decades as the company grappled with the 737 Max crisis, resulting to its first halt in 737 production in 20 years in January and the departure of chief executive Dennis Muilenburg in December.

Boeing coming up with a middle-market jet of its own is “the most important thing I would say,” said Richard Aboulafia, aerospace analyst with the Teal Group. “Airlines want a larger, single aisle jet for international routes, and some regional routes as well.”
While the aerospace giant has been talking for years about developing the 797, or New Middle-Market Airplane, last month new CEO David Calhoun announced that the company is going back to the drawing board on the plane’s design.

“We’re going to start with a clean sheet of paper again,” Calhoun said.

That implied that the plane would ultimately be a longer single-aisle jet, like the rival Airbus offering.

“It was long overdue for a reexamination,” said Aboulafia. “There’s been a shift away from twin aisles and towards single-aisle jets. What was a 50-50 split has become two thirds-one third split.”

While Boeing is lagging behind Airbus, the future of the company is still uncertain according to analysts.

“Their competitor already has something,” said Ron Epstein, aerospace analyst for Bank of America-Merrill Lynch. “Is it too late [for Boeing]already? It could be. It’s hard to say for sure.”