You are at:Home»Featured»Agricultural Robots Set to Solve Global Food Crisis 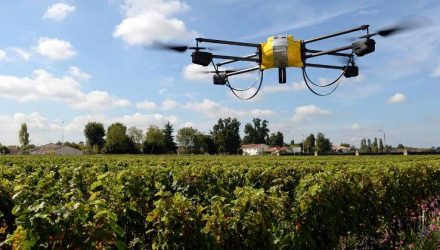 Here in the UK, the challenges of Brexit are many, but one that will likely have a near-immediate impact on food supply—and food prices—is the looming shortage of agricultural workers. It’s estimated that once Brexit takes effect, the UK will lose tens of thousands of farm workers from across the EU who will be unable to work in the county. That dramatic loss will leave a vast gap in our agricultural labour force.

In Japan, so many workers have aged out of the farming business that the country is already in a desperate scramble to produce enough food for its fast-growing population—few of whom are learning the skills required to fill the shoes of retired farm workers. The situation has created a crisis that is both economic and social. In the US, the average age of a farmer is now 58 years old and rising. It’s no wonder both countries are urgently seeking solutions to this critical shortage of trained and capable human resources.

While these countries may be in the most extreme circumstances at the moment, it’s clear that meeting demand across the food and agricultural supply chain is a crisis that reaches around the globe. Population growth is accelerating worldwide, with total population estimates approaching 10 billion by 2050, and that growth will translate into the need to increase food production by 70% in the next 35 years.[1] How can such an increase be supported? There’s only one viable solution: robotics, automation, and artificial intelligence