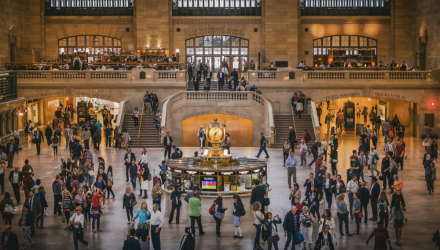 What Will Cause the Next Recession?

J. Bradford Delong wrote a very interesting article discussing the trigger for the next recession.

“Three of the last four US recessions stemmed from unforeseen shocks in financial markets. Most likely, the next downturn will be no different: the revelation of some underlying weakness will trigger a retrenchment of investment, and the government will fail to pursue counter-cyclical fiscal policy.

Over the past 40 years, the US economy has experienced four recessions. Among the four, only the extended downturn of 1979-1982 had a conventional cause. The US Federal Reserve thought that inflation was too high, so it hit the economy on the head with the brick of interest-rate hikes. As a result, workers moderated their demands for wage increases, and firms cut back on planned price increases.

The other three recessions were each caused by derangements in financial markets. After the savings-and-loan crisis of 1991-1992 came the bursting of the dot-com bubble in 2000-2002, followed by the collapse of the sub-prime mortgage market in 2007, which triggered the global financial crisis the following year.”

While I agree with Bradford’s point, I think there is a disconnect between the crises he points out and repeated behaviors which lead to those events.