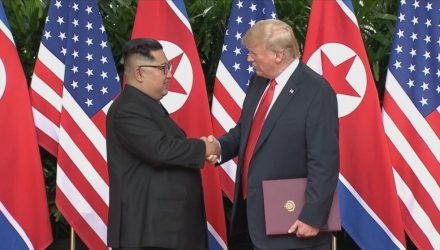 “This move smells like one big investor because there wasn’t a ton of volume for the fund on Friday,” Balchunas told Bloomberg, referring to the recent large money outflow out of EWY. “But there’s a risk because if the meeting is perceived to be very good and there’s a lot of progress made, that could ultimately lift the ETF. This will be the fund to watch.”

However, South Korean investors were more hopeful of the Trump and Kim meet. The South Korea-listed Samsung Kodex 200 Securities ETF, which follows the Kospi 200 Index, experienced $471 million in net inflows for the week ended June 9, reports Eric Lam for Bloomberg.