You are at:Home»Advisor Solutions Channel»U.S. Interest Rates: The Path Toward Normalization 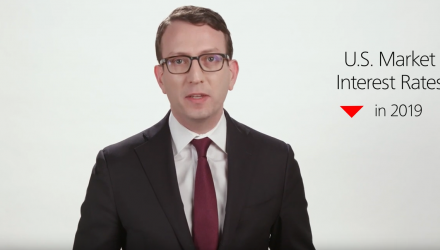 Last week, On Wednesday, the Federal Reserve released its minutes from its Jan. 29-30 policy meeting in which it voted unanimously to hold its policy rate in a range between 2.25 percent and 2.5 percent.

In the video below, Dov Zigler, Fixed Income Strategist at Scotiabank, discusses the Federal Reserve’s interest rate path, providing an outlook for rates.