You are at:Home»Advisor Solutions Channel»The Top 10 Gold Producing Countries Are… 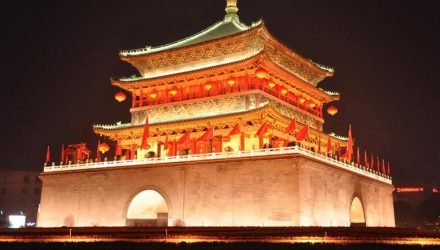 The Top 10 Gold Producing Countries Are…

Gold is one of the rarest elements in the world, making up roughly 0.003 parts per million of the earth’s crust.

But how much gold is the world digging up each year and what countries produce the most?

In 2017, global gold mine production was a reported 3,247 tonnes. This figure is down 5 tonnes from the previous year and marks the first annual drop since 2008, according to the GFMS Gold Survey 2018. The driving forces behind the drop in output were environmental concerns, crackdowns on illegal mining operations and rising costs.

This raises the question I’ve explored recently – have we reached peak gold? The idea is that all the easy gold has already been discovered and explorers have to dig deeper to find economically viable deposits. For example, South Africa was once the top gold-producing country by far, digging up over 1,000 tonnes in 1970, but annual output has fallen steadily since. On the other hand, several nations have emerged in the last few years as growing gold producers. China and Russia have both seen production in an overall upward trend.

As seen in the chart on the next page, China takes the number one spot of global gold producers by a wide margin, extracting 131 tonnes more than second place Australia. The top 10 rankings remained unchanged from 2016 to 2017, with the exception of Canada and Indonesia switching between fifth and seventh place, respectively. Of the top producers, Russia posted the largest annual gain, boosting output by 17 tonnes.