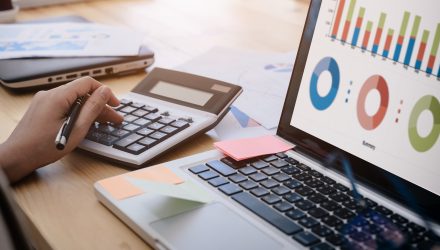 With the holiday giving season upon us, loyal ETF investors should remain thankful that they are unlikely to receive an early tax bill. In contrast to mutual funds, it is a rare occurrence when an ETF passes along any capital gain to shareholders if the securities remain in the portfolio let alone one that is 10% or more of the net asset value (NAV) of the fund.

Earlier in November, a thematic research article titled “Is Your Mutual Fund Prepping A Large, But Unwelcome Present?” highlighted some egregious examples of mutual funds passing along short- and long-term capital gains equal to more than 30% of the fund’s NAV. In those examples, management changes contributed to a shift in the securities inside the portfolio that spurred capital gains for shareholders. However, it is also common for a mutual fund to pass along capital gains as the fund faces redemptions and needs to raise cash. Indeed, the actions of a minority of shareholders often will impact the remaining shareholders.

But when an investor sells an ETF, his or her trade is typically crossed with another investor, just as it would with a stock that trades on an exchange. Such a transaction could result in a capital gain or loss for the seller, but all other shareholders would not be affected. Even if enough shareholders want to sell, an authorized participant might remove shares from the market by redeeming shares of the ETF to the asset manager. Yet the manager does not pay the authorized participant in cash but delivers the holdings of the ETF through what’s known as an “in kind” transaction.

Furthermore, the asset manager looks to deliver shares with the lowest tax basis, leaving a portfolio of shares purchased at or above the market price, further reducing the ETF’s potential tax burden.

In November, the three largest ETF providers — iShares, Vanguard and SSGA – announced their estimates for capital gains and once again the vast majority had nothing to disclose.