You are at:Home»Advisor Solutions Channel»Save Yourself One Frugal Act at a Time 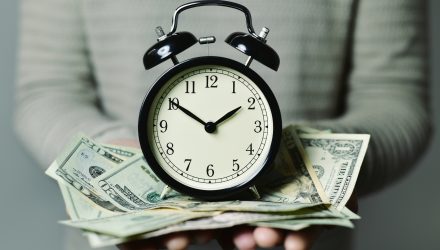 Save Yourself One Frugal Act at a Time

Offices are turning to smaller T8 bulbs. The length is the same but the diameter is a bit smaller. T8s kick out the same light as a T12 and tend to last somewhat longer (modestly in my experience), using 32 watts per hour.

T8s are easier on the eyes and don’t fade as much as T12s. You might remember seeing one side of these linear bulbs in an office turning black. This happens as the bulbs ages. The bulb still works, but output is reduced. T8s have fewer problems with dimming as they age. For accountants this is a blessing for our eyes.

Security lighting has since converted to LEDs which use even less energy. We’ll forgo the math to keep the story moving. Lights with heavy use are worth the extra cost of LEDs. Security lights, the sign and the entrance are LED lights. LEDs also weather the outdoors and cold better.

LEDs have one additional advantage. Incandescent and CFL lights blast light in every direction. LEDs focus with a narrower footprint. This means our security lighting is brightest where we want it.

You can hear the groans when Mr. Money Mustache reiterates once again the necessity of biking over an automobile. The complaints follow fast on his heels. You can’t haul stuff with a bike. (MMM proved that wrong.) It’s too cold, hot, dark, rainy, blah, blah, blah. You can’t bike where I live because of the piles of snow, or, it’s too far to bike.

MMM doesn’t buy the complaints and neither do I. Small changes can add up to big savings. There is a point of diminishing returns. As my office lighting energy use has declined, every additional capital expenditure to reduce energy use further has less bang for the buck. With security lights now using 12 watts per hour of operation I need to focus elsewhere to reduce energy use.

Driving sucks a lot of cash out of the pocket. Lighting can put a few dollars in your pocket per month; biking can keep hundreds in the First National Bank of Wallet. My commute is a hefty 30 miles round trip. If Pete knew this we’d need the paddles to bring him back. (Don’t walk into the light, Pete!)

Even driving an older vehicle squanders $9 per commute, or $45 per week, or $2,340 per year. (I think I’m going to be nauseous.) Biking when the sun is shining (as I do) cuts perhaps as much as $1,000 per year from my transportation budget!

It’s true. Our frugal efforts alone will not change the world. At best it will allow us a lifestyle with a smaller carbon footprint. A couple thousand tax-free dollars doesn’t hurt either.

Where it starts to add up is when we work together as a team. When thousands and millions start adopting better choices in lighting and transportation the numbers become mind-boggling.

An unenlightened major corporation like Walmart was able to shave $6 million per year off their energy bill. The number is already big enough to make a difference.

Now it’s your turn to join in.

Save yourself, save the world. Love frugal without giving up a thing.

This article was republished with permission from The Wealthy Accountant.